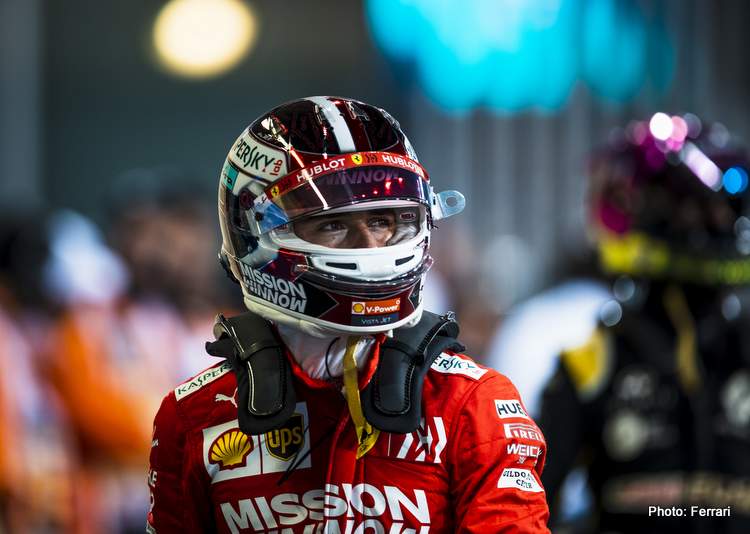 Ferrari will have to fork out €50,000 after it was found that Charles Leckerc’s car was under-fueled for qualifying for the Abu Dhabi Grand Prix.

The amount of fuel the car was carrying was checked before it left the pitlane to go on to the Yas Marina starting grid.

The FIA technical delegate found a “significant difference”, later revealed to be 4.88kg, between the amount in the car and that declared.

Leclerc had been fighting for third in the overall standings with Red Bull’s Max Verstappen, who finished second to Mercedes’s race winner Lewis Hamilton.

Verstappen’s team boss Christian Horner had said before the start he expected Leclerc to be disqualified.

“The technical regulations are black or white… usually with a case like that it’s either legal or it isn’t,” he told Sky Sports television.

FIA stewards allowed Leclerc to race with the proviso they would investigate after the race, which they did and reported: 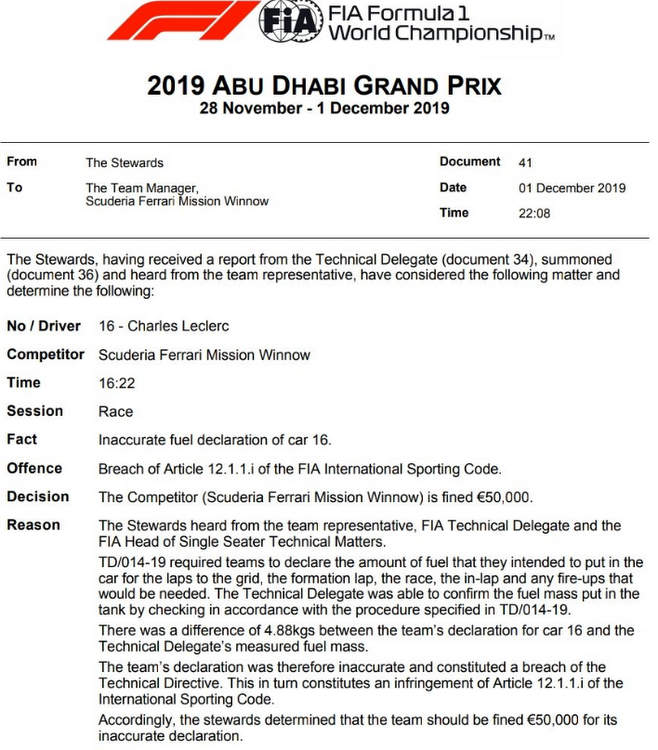