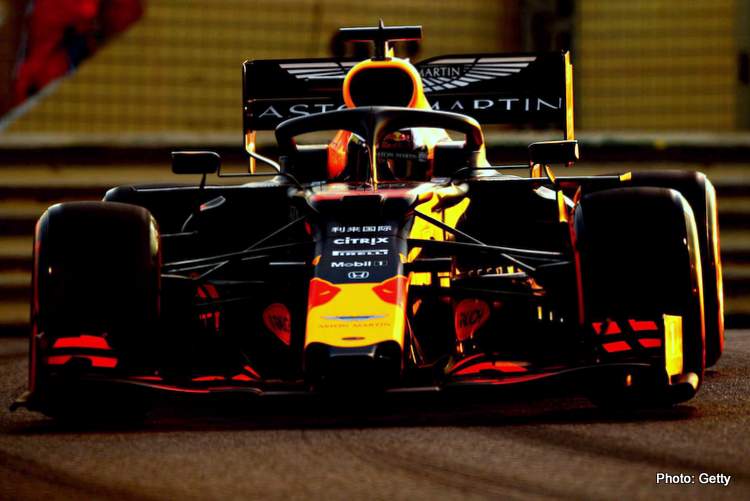 Max Verstappen will make his 10th career front-row start at the Abu Dhabi Grand Prix, while Alex Albon is set to start from P5 on the grid following a tight qualifying session that saw the Red Bulls finish third and sixth respectively.

Both will advance up the grid, however, when second-placed qualifier Valtteri Bottas drops down the grid due to an engine penalty.

Max Verstappen, P3*: “I’m pretty pleased with qualifying and we got the most out of the car. Of course you always want to be ahead or a little closer to pole but I think this was the best we could do and there wasn’t much more in it. There are always tracks on the calendar where certain cars work better than others and it’s easier to find a good set-up.

“This is a Mercedes track and for us it was a bit more tricky to get everything out of the last sector. With Valtteri’s penalty I will start from the front row which will help in the race. The start will be important as overtaking is difficult around here but it’s a long race and we will of course be going for the win as always.

“Mercedes will be quick and it won’t be easy but as a Team we will make it as hard as possible, put them under pressure, and fight them until the end.”
*Max will start tomorrow’s Abu Dhabi Grand Prix from 2nd place due to Bottas’ grid penalty

Alex Albon, P6*: “Qualifying was pretty average for me and I’m not all that satisfied with my result. I struggled from the beginning of Q1 and just didn’t get the most out of it which is frustrating. It was tricky out there and quite slippery but the race pace looks ok for tomorrow.

“Mercedes look quite fast so they’ll be strong and I expect Valtteri to make his way through the field, so we’ll need to get a good start. I think the degradation is quite high which is why most of us are starting on the medium tyre but it will be interesting with Seb who starts on the soft. We’ll give it everything tomorrow and try to make something happen.”
*Alex will start tomorrow’s Abu Dhabi Grand Prix from 5th place due to Bottas’ grid penalty

Christian Horner, Team Principal: “I think it was a really solid qualifying with P3 for Max and P6 for Alex, which with Valtteri’s penalty, will be P2 and P5. I think both drivers did a very good job today with good grid positions to hopefully attack tomorrow.

“We elected to start the race on the harder compound whilst Ferrari went down a different route with the soft so that will make for an interesting and tactical race tomorrow. We’ve equalled our best qualifying result here at Abu Dhabi in the hybrid era so that’s really encouraging and we tend to have good race pace so hopefully we can challenge the Mercedes tomorrow.”