Morning After: Fastest at the Back 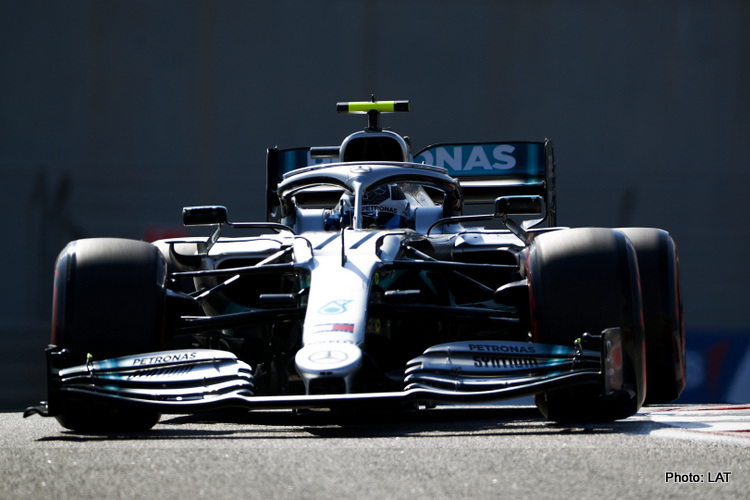 It’s not often in F1 you get to say the fastest car will be at the back of the grid, but it’s certainly shaping up that way in Abu Dhabi.

Topping the timesheets in both sessions on Friday, Valtteri Bottas was undoubtedly reaping the benefits of his brand-spanking-new power unit, even if it will almost certainly cost him a chance at winning this race. That said, the question of who will be his prime beneficiary remains largely unanswered.

A mere 0.076 seconds separating P2 Lewis Hamilton from P3 Charles Leclerc in second practice, with Sebastian Vettel and Max Verstappen a further 0.049s and 0.116s back respectively, the “old” Mercedes doesn’t seem to possess the same pace advantage around Yas Marina. Additionally, with the long runs interrupted by multiple red flags, we don’t have any real indication how things might differ in the race. In short: the story of the 2019 season might be well-established by now, but its final chapter remains a mystery.

0.423. Average gap between Valtteri Bottas and the rest of the field over Friday’s two sessions. An ominous sign Mercedes have once again improved their power unit, or is that reading too much into it?

One. Quantity Haas brought of their “experimental” floor from winter testing to this race, which has now been ruined in Romain Grosjean’s unfortunate crash with Valtteri Bottas. Additionally, that means Grosjean’s floor will revert to the Melbourne spec – round one of the 2019 season.

P15. Position of Nico Hulkenberg at the end of FP2. Ahead of his teammate, but still a long ways away from getting a satisfying sendoff.

Not sure what Valtteri Bottas was thinking diving down the inside of Romain Grosjean like he did. On the bright side, at least Grosjean can say a crash wasn’t his fault for once.

Strong words from ex-McLaren and Renault boss Eric Boullier regarding Pierre Gasly’s time at Red Bull, suggesting the team’s focus on Max Verstappen means “there is no room for anyone else”. While I think there’s definitely an element of favouritism at play, it’s not enough to excuse how far below standard Gasly was in the RB15, and Boullier – among others – is suffering from a bit of recency bias after his podium in Brazil.

Judging by Friday’s incidents, expect turn 19 to play an outsize role in qualifying come Saturday. On a related note, it seems Kimi taught Seb to swear in Finnish?!