Mercedes: Fantastic to conclude Qualifying for 2019 with a 1-2 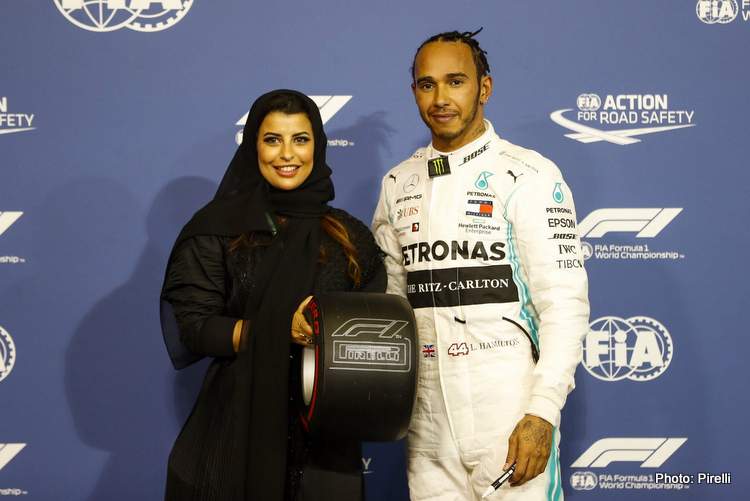 Mercedes report from qualifying for the Abu Dhabi Grand Prix, Round 21 of the 2019 Formula 1 World Championship, at Yas Marina Circuit in the United Arab Emirates – the final race of the season.

Lewis Hamilton, P1: “It was a very good qualifying session for us. Qualifying hasn’t been the easiest this year, but it’s been something we’ve just been chipping away it. Yesterday was a bit difficult for me, I had to re-centre myself for today.

“But it’s the best thing when you get to Q3 and you pull out two good laps. A big thank you to the entire team for their continued effort. Even though we have both titles won, we continue to push and strive to be better and that’s so inspiring to me.

“It’s been an incredible journey with this car this year, so to finish the year off with a pole is a great feeling. It’s not even half the job done, but this result puts us in the best position possible for tomorrow when we’ve got to battle with the Ferraris and Red Bulls.

Valtteri Bottas, P2 (but to start from the back of the grid due to engine penalties): Congratulations to Lewis – 88 pole positions, that’s an impressive number. My lap was good, but it felt like Lewis was a bit too quick today. We used different set-ups in Qualifying and overall I felt a bit more comfortable in the car yesterday. Anyway, my main focus is on the race tomorrow as I knew going into Qualifying that I’d be starting the race from the back owing to the grid penalty. I still pushed as hard as I could, but I only did one run in Q2 to save a set of tyres for tomorrow. I think it’ll be an entertaining race tomorrow and I’ll try to make up as many places as possible. It’ll be a challenge, but I’m looking forward to it.

Toto Wolff: “It’s fantastic to conclude Qualifying for the season with a 1-2, a perfect result for us. It’s been a little while since Lewis was last on pole back at Hockenheim, but he really got into the rhythm today. This is a track that seems to suit us well and it clearly suits him too.

“Valtteri did a great job too and it’s a shame he will have to start the race from the back. It’s going to be exciting to watch him go through the field tomorrow. We’ve got our drivers at either end of the grid, but our aim tomorrow will be to end this remarkable season in style with both of them.

James Allison: “We were hopeful after Friday that there was some good pace in the car. It seemed like we had some strength, but we could also see from Max’s running and from the Ferraris, that they were capable of threatening us. So we went into Qualifying with no idea where we would be – it could be the front row, or fifth and sixth. It was very gratifying to see, as Qualifying unwrapped, that we were strong in each session and have been able to finish Qualifying for the year in the same vein that we started it – with a dominant first and second on the grid. Of course, it’s sad that Valtteri will start from the back of the grid, but I’m really excited to see how the race pans out for both our drivers.