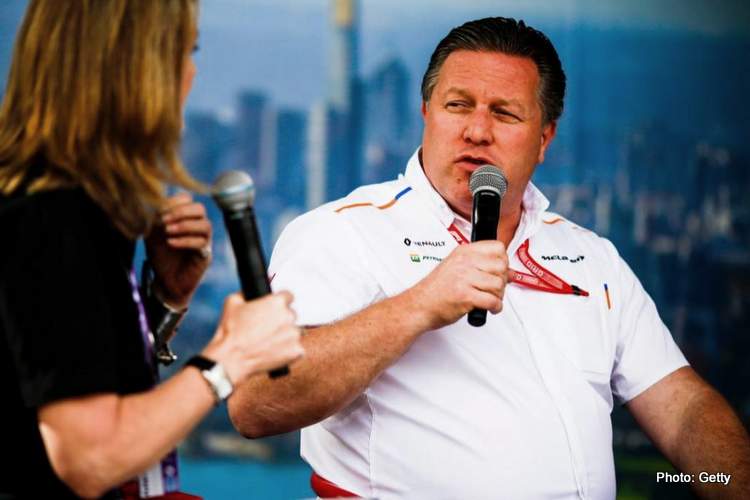 McLaren supremo Zak Brown won’t delve into whether he regrets splitting with the team’s former works engine supplier Honda who appear to have found the sweetspot with their once pitiful Formula 1 power unit package while the Woking outfit took the customer route.

After three dismal years together following Honda’s return to Formula 1 in 2015, Brown and fellow executives signed up instead for a customer Renault deal.

However, although McLaren has upped its game considerably and is now regarded as ‘best of the rest’ in 2019, Red Bull scooped up the works Honda deal and is now winning races and targeting the title for 2020.

When asked if there is any regret about dumping Honda, Brown said in Abu Dhabi: “Look, I think, first of all, congratulations to Honda. It’s great that they’re going to be staying in the sport.

“I think you’ve got to give credit to Helmut Marko for making a good strategic decision to first put Honda into his B-team and that worked out well, so he put it into his A-team.

“He’s got two good lieutenants in Christian (Horner) and Franz (Tost) running those teams and you know, they’re winning races now and good on them and good for the sport,” Brown added.

Brown also revealed in Abu Dhabi that an expanded sponsorship by the tobacco giant British American Tobacco will mean a revised livery for 2020.

“I don’t want to spoil that debut but I will say it will look quite impactful and be very noticeable on the racetrack,” he said. “BAT is our biggest partner but we will always stay core to our papaya.”