Honda: We want to end this season in the best possible way 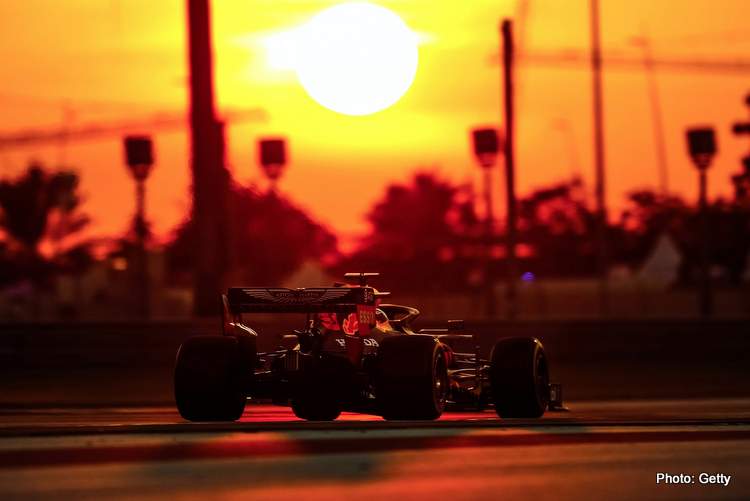 The final race of the 2019 season will feature a front row start for Aston Martin Red Bull Racing and Honda as Max secured second on the grid for the Abu Dhabi Grand Prix.

All four Honda-powered cars progressed comfortably through into Q2 but both Toro Rossos were then eliminated in the second part of qualifying. Daniil complained of handling difficulties to drop out in 14th place, while Pierre was 12th fastest and just 0.034s adrift of Sergio Perez ahead of him.

Both will benefit from a free choice of tyres to start the race on as well as gaining one position on the grid due to Valtteri Bottas taking a power unit penalty.

The two Red Bulls advanced to Q3 on the medium compound tyre in order to aid their strategy, and Alex set the sixth fastest time, being promoted to fifth by Bottas’ grid drop.

Max was closer to pole position but ended up 0.3s off Lewis Hamilton on his final attempt, with third in qualifying becoming second on the grid.

Toyoharu Tanabe, Technical Director: “Max produced a good lap to qualify third and he inherits a front row starting position because of Bottas’ penalty. Alex also moves up one place to fifth on the grid and both these positions mean we can hope for a strong finish to the season tomorrow night.

“The Toro Rosso drivers missed the cut into Q3, but starting from 11 and 13 on the grid, they can still fight for points and, importantly, they have a free choice of tyre. It’s the last race of 2019 and we want to end this season in the best possible way with both our teams.”