Haas: We know our chances for points are slim 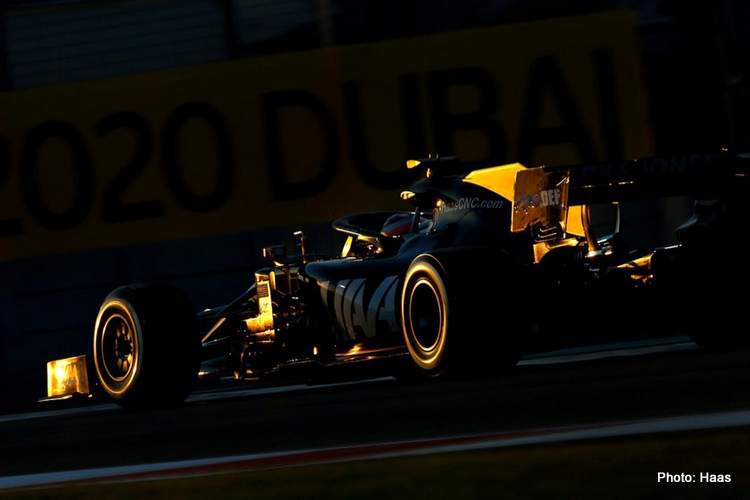 Magnussen and Grosjean will however start 14th and 15th as Valtteri Bottas (Mercedes), who qualified 2nd, will start at the rear of the grid for an engine-related penalty.

Having been best of the rest in Friday’s practice sessions, Grosjean was denied even the opportunity to progress into Q2 under the floodlights at Yas Marina. With a fastest time of 1:38.051 in Q1, the Frenchman qualified 16th, missing the cut-off to progress by one position. Ahead of him it was Magnussen who narrowly missed the drop-zone. The Dane clocked a 1:37.710 on his final Q1 attempt to seal 15th and advance to Q2.

Taking the Abu Dhabi Grand Prix pole and his fifth of the season, and 88th career Formula One pole, was Mercedes driver Lewis Hamilton. His Q3 fast lap of 1:34.779 beat second-place qualifier and teammate Valtteri Bottas by .194 of a second.

Romain Grosjean, P16: “It was very close and very far today. After three sessions where we were sixth, seventh and 11th, I think we were ready for qualifying. We were thinking we could be around tenth or 11th. We got out there and the car just behaved very differently. Obviously, we didn’t run the same package as yesterday with the same track temperatures, that surely didn’t help us.

“It’s been the story of our season. You get things set up and then you go into qualifying and the car just doesn’t behave the same. I’m disappointed with that, but there’s nothing the guys could have done differently. We’ve done the best job we could. I’m looking forward to next year.”

Kevin Magnussen, P15: “We didn’t know what to expect, as always. It’s hard to say, but after FP1 and FP2 Romain (Grosjean) had been showing good pace with his car, and I was very positive. He obviously then had to go back to what I was running.

“Ultimately today we’re both down qualifying in P15 and P16. That’s not good but I’m hoping we can do something tomorrow. We’re going to have a bit of fun and enjoy the last race of the season, let’s see if we can try and grab a point or two.”

Guenther Steiner, Team Principal: “Our expectations weren’t high for qualifying, and we were right. Finishing up 15th and 16th is the best we can do at the moment. I’m happy that it was the last qualifying session of the year, and I’m also happy that tomorrow’s the last race of the year. As always, we’re looking forward to going racing, even if we know our chances for points are slim.”