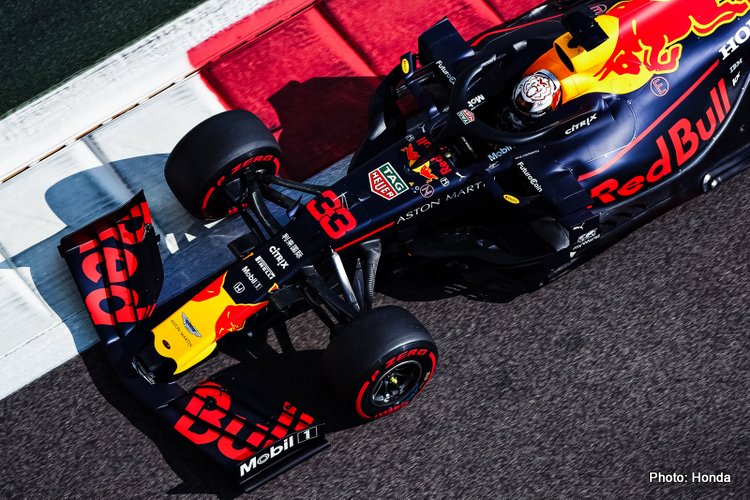 The top-three separated by less than a tenth of a second, the stage is set for a competitive qualifying after the final session of practice on Saturday in Abu Dhabi.

Leading the way with a time of 1:36.566, Red Bull’s Max Verstappen put himself in good stead to back-up his pole position two weeks ago in Brazil, with the Mercedes’ of Lewis Hamilton and Valtteri Bottas a mere 0.074 and 0.089 seconds behind the Dutchman respectively.

With Bottas set to drop down the order for his engine penalties – having taken another fresh power unit before the session – that means qualifying is shaping up to be a very narrow head-to-head battle between Verstappen and Hamilton, with both drivers having made noticeable gains since yesterday.

Interestingly in Verstappen’s case, his session-best time came with a fastest middle-sector, which is typically where engine power is most influential.

Further afield from the top three, Alex Albon was fourth-fastest, 0.361s down on his teammate, while the Ferraris of Sebastian Vettel and Charles Leclerc were were left in fifth and sixth, having spent significant time testing the medium tyre for Q2, and not just pushing for ultimate pace on the softs.

Racing Point’s Sergio Perez was the surprise package of the session, best-of-the-rest in seventh, albeit over half-a-second behind the top six.

Bouncing back from his difficult Friday, Daniel Ricciardo was eighth for Renault, while Brazil podium finishers Carlos Sainz and Pierre Gasly rounded out the top ten. 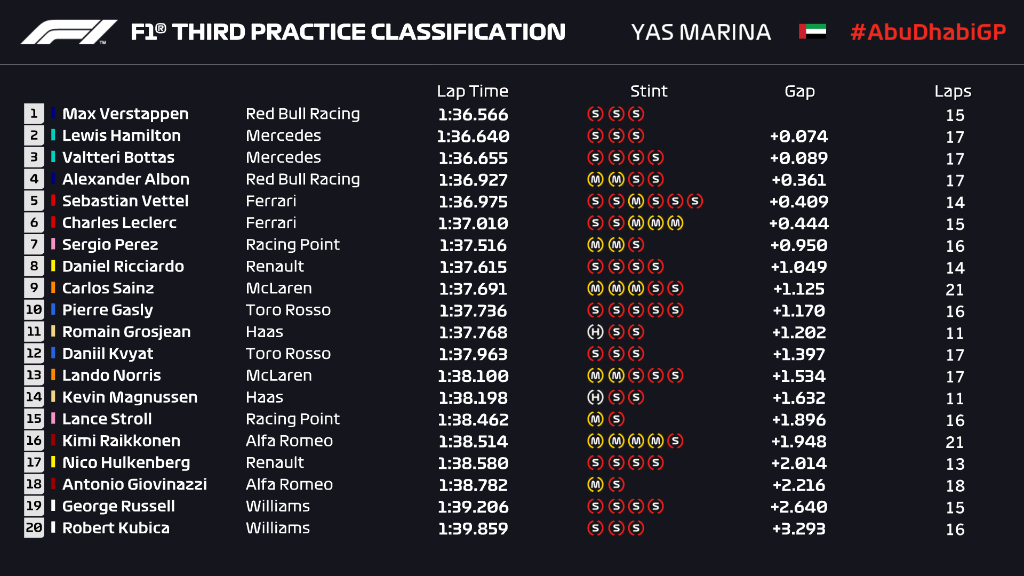