Ferrari: Sector three is the one that really hurts us 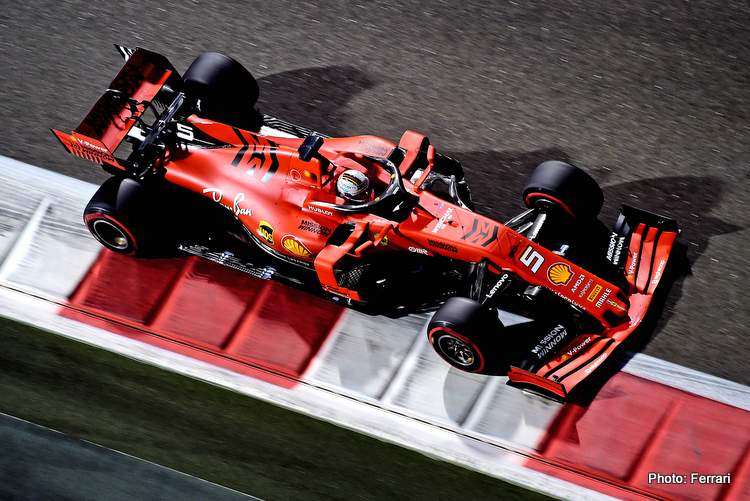 This Friday at the Abu Dhabi Grand Prix was a busy one for the Scuderia Ferrari Mission Winnow team and its drivers.

Over the two free practice sessions which took place in the afternoon and evening, Charles Leclerc and Sebastian Vettel worked solidly on preparing for qualifying and the race, both of them making a mistake each, although it did not have a significant effect on the day’s programme.

FP1. Sebastian and Charles ended the first session in fifth and seventh places respectively. They began on the soft tyres before switching to the medium to evaluate its potential behaviour in the first stint of the race. Vettel posted a 1’38”906 and Charles did a 1’39”249. When there was just a minute remaining, the German spun his car into the barriers at turn 19 which slightly damaged his SF90.

FP2. Before the second session, which started in daylight and ended under the floodlights that turn night into day at the Yas Marina circuit, the gearbox was changed on Sebastian’s car, but this was penalty-free as the one taken off was not his race gearbox.

The green light came on at 17 (14 CET), exactly the same time at which qualifying starts tomorrow. It was a busy 90 minutes. Both drivers began with qualifying runs and the Monegasque was immediately in trouble, when, at the same turn 19, he brushed the barriers with both right-hand wheels.

A check revealed no damage was done and so he was able to go back out, with nothing more than a tyre change. Leclerc was quickest of the two Scuderia drivers, posting a 1’36”642, slightly better than Vettel’s 1’36”691.

Long run. In the second part of the session, the focus shifted to long run work for the race. Sebastian tackled his on medium tyres and Charles had the hardest ones.

Charles Leclerc: “The first session was quite challenging for us. The balance of the car was not great, but we took a very good step forward and returned to FP2 with a better performance. This is positive, as the track conditions were far more representative of what we can expect during qualifying and the race, considering that they both take place during the night in Abu Dhabi.

“Tyre degradation is quite an important factor here. We seem to be fast in the first and second sectors, however still have some work ahead in optimising how we perform in sector three, so we will focus on that and try to make some further improvements.

“Our competitors may very well be stronger than what they have shown in FP2, so we will see how things stand tomorrow.”

Sebastian Vettel: “In the medium low-speed corners of this circuit we are still lacking speed, compared to our rivals. Sector three is the one that really hurts us, we are struggling with the tyres getting hot, and the car is difficult to drive.

Of course, when you drive on the limit, any car will be more difficult to drive, and this what we are here to do. We will try our best to have a solid weekend, we can improve the setup and then see if we can fight well on Sunday.

“Today I hit the barriers: I was caught out a bit by surprise as I didn’t expect to spin. I knew going in that I would have to catch the rear, but it didn’t quite work, which was a bit unfortunate, but the only damage was to the rim.”