Latifi to replace Kubica at Williams for 2020 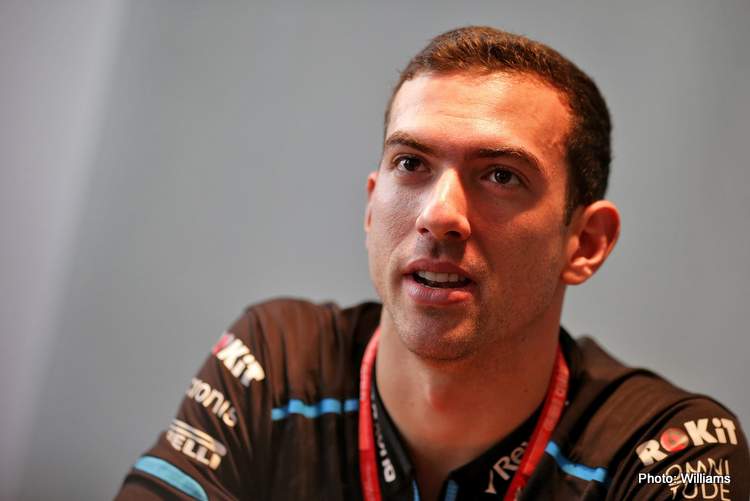 Nicholas Latifi said his dream has come true after Williams announced on Thursday he would be making his Formula 1 debut in 2020 as Robert Kubica’s replacement.

The 24-year-old Canadian, who is second in the Formula 2 feeder series with two races remaining this weekend, is already the British team’s reserve and has driven for them in six practice sessions this season.

“For me, it’s a dream come true and something I’ve been working towards for almost half my life,” Latifi said in a statement ahead of the season-ending Abu Dhabi Grand Prix.

“It still feels a bit surreal. I don’t think it will sink in fully until I’m on the grid in Melbourne next year.”

Latifi’s appointment alongside Mercedes-backed Briton George Russell, who made his debut this year, fills the last vacant spot on the 2020 grid.

“Nicholas has become an established and well-respected member of Williams,” deputy team principal Claire Williams said. “We look forward to him stepping up into this new role as we look to fight our way back to the midfield.”

Kubica, who made his Formula One comeback this season after a near-fatal rally crash in 2011, has scored the team’s only point.

The 34-year-old has been outperformed by Russell, however, and announced in September that he would be leaving the team.

He has been linked with a move to U.S.-owned Haas in a reserve or simulator driver role.

Latifi, who can bring valuable funding to the team with his billionaire father already having invested in McLaren, had been a leading candidate to replace Kubica.

“I can’t wait to take the next step forward as a full-time race driver,” he said. “I don’t underestimate the challenge ahead, going into F1 as a rookie, but I’m extremely motivated and determined to give it my all.”

His confirmation means that Nico Hulkenberg, who is being replaced at Renault by Frenchman Esteban Ocon for 2020, is now sure to leave the Formula One grid after Sunday’s race.

Welcome to the team @NicholasLatifi! 🙌

Looking forward to racing alongside you again – bring on 2020! 🤜🤛 https://t.co/LAJXJXGlPz