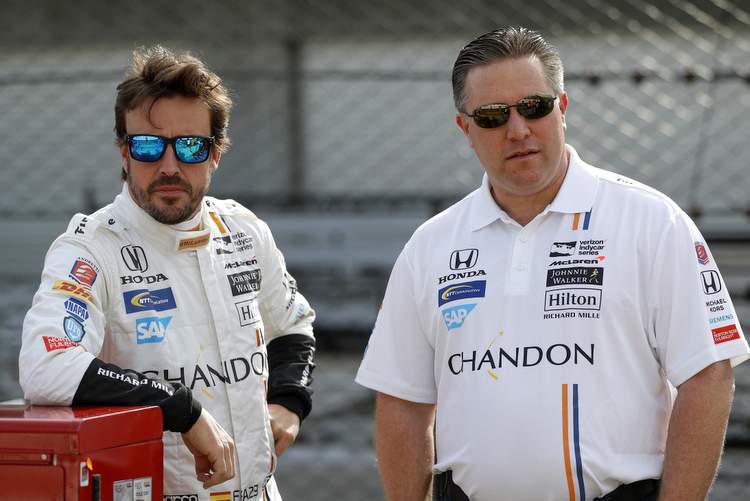 “Dumb” is a strong word but, on occasion, it really isn’t an insult or hyperbole. It’s just the truest way to describe something that happens.

Getting trapped on an escalator (not an elevator) is dumb. Putting out a candle with a tissue is dumb. Checking your watch while holding a cup of coffee in the same hand while checking emails in your undies is dumb.

“We are very satisfied with them,” the normally impossible-to-please, always-in-a-foul-mood Red Bull official added.

Why’s he so uncharacteristically happy? Because according to some, including Mercedes’ Valtteri Bottas, the Japanese engine is arguably now the very best in Formula 1.

Let that sink in: Honda might already be the best engine in F1.

Ok, it seemed to work particularly well en route to victory in the high altitude of Sao Paulo, and Ferrari may just have turned off some of the cheatiest (I know it’s not a word) cheaty (I know – still not a word) bits of its 2019 banger, but Honda’s progress has nonetheless been astonishing.

From “GP2 engine” to Mercedes-beater in the flash of an F1 eye. Who would have thought?

I’ll tell you who: Ron Dennis.

So why on earth did McLaren dump Honda?

It’s not as though Honda don’t have the pedigree … with McLaren, no less! Remember 1988? Without getting too repetitive, here is a list of the first 11 winning constructors from that year’s world championship:

Let’s forget for a moment that race 12 was won by a Ferrari (another story for another day), and now I’ll list the winning constructors from the final four races of 1988:

And yet, while Fernando Alonso just couldn’t shut up about the “embarrassing” Honda engines of 2015, 2016 and 2017, the British team wilfully and consciously scrubbed the last five letters after the hyphen of that incredible winning combination from its name for 2018 and beyond.

They just couldn’t take it anymore. They needed a … customer Renault.

Although McLaren’s performance is no longer “embarrassing”, and no longer subject to the whining whims of a certain Spaniard, the era of customer engine-powered world championships is over. And that will also apply with a Mercedes unit from 2021, which in the back of a silver car has not lost a title since 2013.

But the McLaren is no longer silver. It’s orange. It no longer has a works deal. They willingly gave that up.

Going orange in the first place, of course, was founder Bruce McLaren’s idea in the 60s – he wanted his cars to stand out. But the obsessed-with-perfection Ron Dennis, who deserves the lion’s share of the credit for making McLaren pretty much the most dust-free winning zone in F1 history, opted first for corporate white and Marlboro red, and then stale old grey.

But who wants to argue with Ron? If you want to win, the answer is: nobody.

So who’s to blame for shoving Ron Dennis out of the door, to ultimately be replaced by portly marketing guy Zak Brown who seems determined to enter orange cars in every single racing category on planet earth? It’s a sad story for another time, but let’s just say that Mansour Ojjeh – Dennis’ long-time most loyal business partner – lost faith (and abandoned loyalty). Sure, Ron could be a right pain in the arse, and under his watch McLaren had gone from silver dominator to horrible charcoal-coloured laughing stock.

But the man had patience.

As bemused McLaren mechanics tried to fit the woeful first Honda clanger to the 2015 chassis, Dennis had confidently declared: “My opinion is that you have no chance of winning the world championship if you are not receiving the best engines from whoever is manufacturing your engines. Even though you have the same brand of engine that does not mean you have the ability to optimise that engine.”

But don’t you remember what happened to Red Bull once the screaming V8 era ended and the Mercedes-dominated ‘power unit’ era (which Dennis is talking about above) began? That’s right: Red Bull started screaming, shouting and whining like a 3-year-old at a supermarket … about Renault. Same customer deal. Entirely different era. No world championships.

We know what happened after that: Red Bull grabbed McLaren’s works deal like a 14-year-old grabs a $20 note from her Dad’s open and unattended wallet (ie. can’t believe her audacious luck); Red Bull stridently supports its new Japanese girlfriend rather than beats her with a stick every 10 laps of a grand prix; Red Bull wins three races in 2019; Red Bull looks on course to take on Mercedes and Ferrari in 2019.

Their Spaniard is now Carlos Sainz. Its much-vaunted engine change for 2021, although a Mercedes, will be another impossible-to-win-with customer unit. Zak seems just as interested in drinking milk at Indianapolis as he is in gulping champagne in Monaco.