Hamilton: My plan is to be the best version of me next year 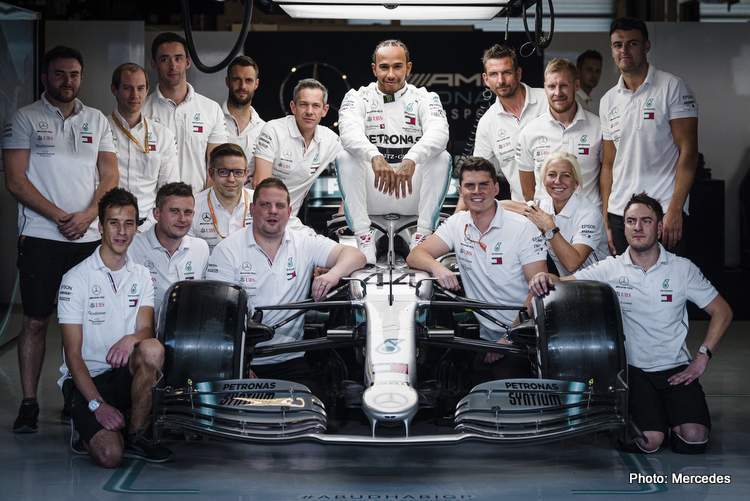 Six-time Formula 1 World Champion Lewis Hamilton reflected on the cost of chasing success at the highest level and the personal toll exacted by the sport after Mercedes teammate Valtteri Bottas announced on Thursday he was getting divorced.

Bottas, 30, had earlier announced in a twitter post his split from wife Emilia, an Olympic swimmer, because of the challenges that came with his “career and life situation.”

“It may be slightly different in that we are travelling as much as we are, and you are just away for crazy amounts of time, so that’s probably an additional weight load that makes it really, really tough to hold down a good relationship.”

The 34-year-old Briton, who is not married, last month became only the second Formula 1 driver to win a sixth world championship.

Formula 1 visits 21 countries, with the calendar expanding to a record 22 events next year.

Nico Rosberg, Hamilton’s former teammate, has spoken of how much his family suffered as he focused single-mindedly on beating the Briton to the 2016 title.

Hamilton acknowledged some drivers, like Ferrari’s Sebastian Vettel who delayed his arrival into Abu Dhabi because of the birth of his third child, had found a life balance but he admitted it was something he found hard.

“There are many athletes who have generally happy lives in the background,” he said.

“But I for one also find that incredibly difficult, with your goal to be as competitive as you can be, ultimately you want to be 100% committed because you never want to be any less committed than the person next to you.

“And there are certain things that are also added on responsibilities or extra load bearings that you can take away from that. There’s only a certain amount of you as a whole that you can give to everything.”

Bottas, who is set to start Sunday’s race from the back of the grid due to engine-related penalties, is sure of second place in the championship in his best season to date. The Finn has won four races to Hamilton’s 10.

“I have lots of things I can do better in my life and in my career,” said Bottas, when asked how he planned to beat Hamilton in 2020. “My plan is to be the best version of me next year.”