Williams: Both drivers will be busy in Abu Dhabi 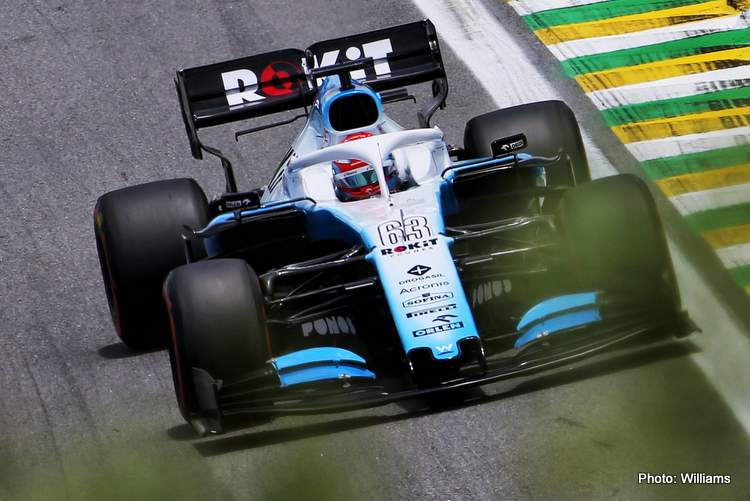 We’re off to the United Arab Emirates and Abu Dhabi for the final round of the 2019 Formula One World Championship.

The Yas Marina Circuit is dominated by a 1,233m long straight between turns seven and eight and is one of the longest tracks on the calendar.

The iconic Yas Hotel provides a spectacular backdrop as the drivers race into the night, bringing the curtain down on the weekend and the 2019 season.

Dave Robson, Senior Race Engineer: “The final race of the season takes place in Abu Dhabi, which should all but guarantee warm and dry conditions, complicated only by the often unrepresentatively warm conditions of FP1 and FP3. As a result, most teams will focus their weekend preparations on FP2, leaving FP1 to explore more medium-term items.

“We will continue to work on both race setup and car development as we look to finalise some of our preparations for the FW43. Both drivers will have busy and detailed run programmes on Friday.

“The Yas Marina circuit has become the traditional venue for the season’s final race, and it offers a good blend of corners, separated by two long DRS straights. The third sector is challenging, especially in qualifying when the tyres can begin to struggle. Pirelli have provided their softest compounds for this event, a combination last seen in Singapore, and a significant contrast to the selection in Interlagos.

“The C5 ‘street circuit’ tyre should offer good grip in qualifying but getting the most out of it for the full 5.6km lap could be the biggest challenge facing the drivers and engineers this weekend.”

Robert Kubica: “Abu Dhabi is quite a difficult track, but we will try to optimise the car the best we can for the last race of the season. It will be my final Grand Prix with Williams, and so I would like to put everything together for the boys and for the team.”

George Russell: “I’ve got mixed feelings as it is going to be sad to do the last race of the year, but I’m also excited to get back out to the warm weather of Abu Dhabi. I have good memories there as winning the FIA Formula Two Championship last year was a really special feeling, and something I will remember for a long time to come.”