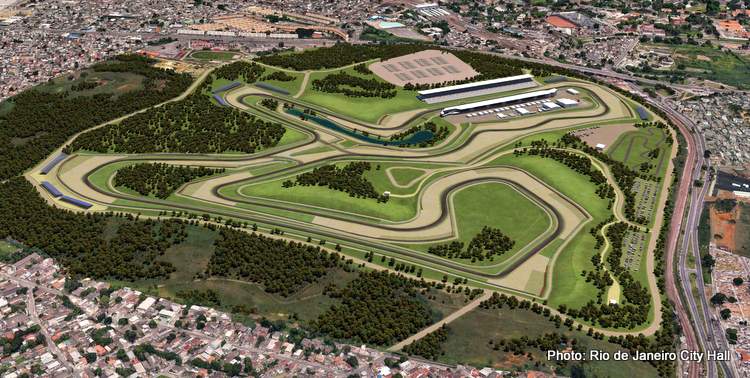 Moves to relocate the Brazilian Grand Prix from Sao Paulo to a brand new circuit in Rio de Janeiro are continuing despite scepticism about the project from the country’s top drivers and pundits.

Earlier in 2019, controversial Brazilian president Jair Bolsonaro said there was a “99 per cent” chance that Rio will host grands prix in the near future.

Officials in Sao Paulo hit back at that claim, with Interlagos race promoter Tamas Rohonyi saying recently that the Rio project is “not serious” and that talks about a ten-year contract extension is in the works.

But Globo now reports that at a meeting of Rio’s legislative assembly this week, an environmental impact study for construction of the new circuit in the northern Deodoro region was received.

“Only with the approval of this study can the circuit be built,” the broadcaster explained.

A one-year deadline for approval of the study was imposed, and at the city council next week, a bill that would allow race contracts to be drawn up will be voted on.

Last year, MotoGP promoter Dorna signed a letter of intent to host a race on the new 5 kilometre track, and F1’s Liberty Media has also been in talks with local Rio authorities.

Spanish construction company Acciona is lined up to build the Rio track, with assistance from Sporttotal, a Germany company that is also involved at the Nurburgring.