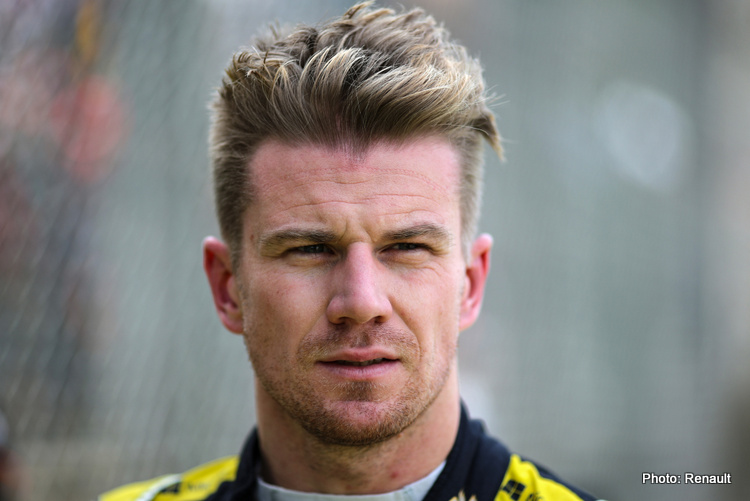 The final race week of the 2019 season, the past seven days have seen the F1 discussion turn to both the sport’s past, present and future.

First thing’s first, thanks to all of you that read and commented on my Lewis knighthood article, I’m glad to see I could spark some discussion! Now, onto the wrap:

Hulkenberg’s Last Dance: With his (presumably) final race in F1 now just days away, the time has come for not just farewells to Nico Hulkenberg, but also a discussion of his place in the sport and the circumstances of his departure.

Case in point, Seb Vettel came out on Monday decrying his exit as a sign of what’s “wrong in Formula 1”, while Daniel Ricciardo echoed the sentiment, suggesting he would like to see him back at some point.

For his part, Hulkenberg seems to have largely accepted his fate, and he certainly deserves respect for ruling out a would-be backmarker driver with Williams.

Assuming he doesn’t come back, the question now is: what will his legacy be? I’m sure we’ll hear more F1 figures speak about it in the coming days, while for me personally, he’ll always be a good, not great driver who with ten years in the sport, has had an excellent run. He might still be F1 quality, but he’s also a known quantity at this point, and the allure of a young driver with cash and/or potential has an appeal he simply can’t match. In any case, it will be interesting to see what he does next – although apparently, it won’t be Indycar.

Vandoorne Takes a Shot at Alonso, McLaren: Suffice to say, Stoffel Vandoorne had quite an underwhelming spell in F1 with McLaren. After scoring a point in his one-off race in 2016 in Bahrain, he would only have a further seven points finishes in his next 40 races combined. Add to that his being absolutely blitzed by Fernando Alonso 37-3 in their quali head-to-head over their two years together, and, well… it’s easy to see why he was given the boot.

Now the Belgian has come out swinging in an interview with Sporza, where he essentially accuses McLaren of playing favourites, the money quote being “any driver would benefit from getting extra equipment to perform better than his teammate.” But is that a fair assessment, or just sour grapes?

Personally, I’d say it’s a little of column A, but more of column B. Alonso’s reputation as being a “me-first” guy is well-known at this point, and yet as much as McLaren were catering to him, I don’t think that excuses the ‘rivalry’ being as lopsided as it was. If he was asked to let Alonso pass, it was because he was slower, and just like the rest of us, it’s apparent Vandoorne – who, lest we forget was probably the most highly-regarded prospect of the decade outside Max Verstappen – still doesn’t really know why that was.

Red Bull-Honda set to continue: The first significant domino to fall for the 2021 season, the ‘new era’ of F1 has its first major commitments in this announcement, while it is also obviously a significant move for the two companies involved as well.

A partnership that has been very impressive in 2019, Honda have gone from the laughing stock of the grid to a legitimately competent engine supplier, while Red Bull have once again delivered a race-winning chassis. Sure, Honda still have some ways to go to match the power units of Mercedes and Ferrari, but I’d argue it’s not just a hope, but an expectation they do in the near future, given their progress.

On a related note, we can also now throw out more wild prognostications about the future of Max Verstappen, whose contract is up at the end of 2020. Red Bull would have a hard time selling him on a renewal if Honda do fall short of expectations in 2020, given 2021 would just be more of the same, and with the Dutchman up for grabs, we’d be in for a silly season like no other.