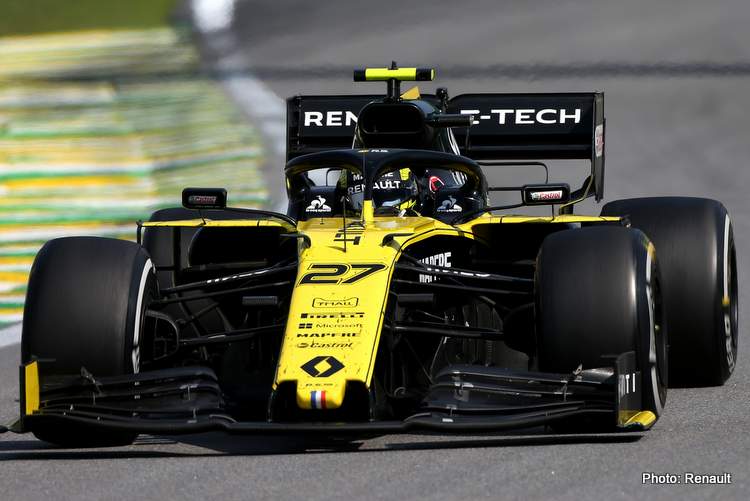 Drivers Nico Hülkenberg and Daniel Ricciardo and Team Principal Cyril Abiteboul share their thoughts on the challenges of Yas Marina ahead of the final race of the 2019 Formula 1 season.

Cyril Abiteboul, Team Principal: “The last race of the season is a time for us to reflect on a difficult 2019. We have had high points: a double score in Italy and strong results in Mexico, USA and Brazil, but a disappointing start of the season marked by many issues where we have had to dig deep and discover new resourcefulness.

“We enter the final race in Abu Dhabi with the pressure still firmly on. Fifth place is up for grabs in the Constructors’ Championship and we face stiff competition to maintain our current position. We’re confident in our ability to deliver the results we need over the weekend, but we have learned that the field is close and races are very open.

“We also say goodbye to Nico after three seasons with the team. His contribution has been instrumental in our reconstruction and progression. We have harnessed his experience and ability to deliver strong results and he has played an important role in Renault’s Formula 1 journey. We want to ensure we end our time together with the best result possible.”

Nico Hülkenberg: “It’s been three memorable years for me at Renault. There have been highs and lows, but I’ve enjoyed my time as a driver here. We’ve had some great results and some ‘nearly’ moments, all of which I’ll remember for a very long time. I’d like to thank everyone at the team including my engineers and mechanics for all their effort over the last 61 races. We have one more to go and we’ll be giving it our all for the best possible result.”

Daniel Ricciardo: “It’s always a special weekend with it being the final race of the season. It would be nice to continue the momentum we’ve had during the last part of the season through to the end and secure another points finish. Abu Dhabi has always been a pretty good track for me and it’s an enjoyable race, so I’m really looking forward to getting out on track to end the season on a high. We have a bit of pressure on us in the race for fifth in the Constructors’ Championship, but it means we have something to fight for and I like that feeling.”