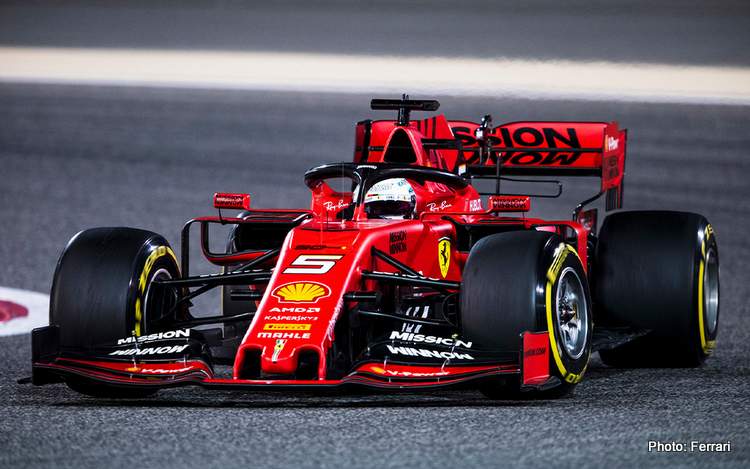 This Sunday’s race will be the eleventh Abu Dhabi Grand Prix. It has always been held on the 5.554 kilometre-long Yas Marina Circuit over a distance of 55 laps.

The first time Formula 1 cars raced in Abu Dhabi dates back to 2009, when Sebastian Vettel won for Red Bull.

Unlucky track. Over the years, Yas Marina has never been a propitious track for Scuderia Ferrari, the team never having won here, although it has finished second and third three times.

There’s a particularly bitter memory of 2010 when the Maranello team arrived in Abu Dhabi with Fernando Alonso leading the world championship, 8 points ahead of Red Bull’s Mark Webber and 15 points ahead of the Australian’s team-mate, Sebastian Vettel.

A strategic error left the Spaniard down the back of the field, so that the German took the title, beating Alonso by four points.

In other years. As for the aforementioned second places, two of them came courtesy of Alonso, in 2011 behind Lewis Hamilton in the McLaren, in 2012 behind Kimi Raikkonen’s Lotus and last year Vettel was second to Hamilton’s Mercedes. The three third places were down to Kimi in 2015 and Sebastian in 2016 and 2017.

Double points. In 2014, the Abu Dhabi Grand Prix, the final round of the season, became the only Formula 1 championship race at which double points were on offer. It was a device aimed at keeping the championship battle as open as possible right down the very end. The idea was scrubbed as from the following year.

Charles. While Sebastian has three Abu Dhabi wins to his name, Charles has only raced here once, when he finished in a great seventh place for Sauber-Ferrari last year. It was a strong finish to the season and it was followed by the best possible start to his preparations for joining Scuderia Ferrari Mission Winnow, as he drove the Ferrari at Yas Marina in the test that usually follows the final race of the year.

Charles Leclerc: “Abu Dhabi, the last grand prix of the season. Most of the paddock is probably looking forward to enjoying their holidays. From my perspective, I am actually pretty sad that I won’t be feeling that adrenalin rush behind the wheel for the next few months. At this race, everyone is pushing to the maximum as, for most drivers, there’s nothing to lose.

“It always makes for an interesting race and I am very much looking forward to my last outing of the season with Scuderia Ferrari.”

Sebastian Vettel: “As well as being the last race of 2019, the Abu Dhabi Grand Prix marks the start of the 2020 season in many ways, with most teams trying out ideas for next year during Friday free practice. Then, as usual on the Tuesday and Wednesday after the race, there’s the test session when we will able to evaluate the tyres for next year and those for 2021.

“Focussing on work for next year is not a problem during the morning sessions on Friday and Saturday as conditions then are so much hotter than those experienced during qualifying and the race that they are less useful in terms of working on set-up and race configuration.

“Yas Marina features a lot of slow and medium-speed corners. In contrast to Sao Paolo, Pirelli has brought its three softest compound tyres to this race. Nevertheless, it is likely to be a one-stop race, because overtaking is very difficult despite the fact there are two DRS zones. It means qualifying well is very important.

“It is an opportunity for us to finish the season on a high but we know the competition is strong, so it should be an exciting race.”

Mattia Binotto, Team Principal: “Abu Dhabi is the last race of what has been a long season for everyone. For us at Scuderia Ferrari, it was a year of new beginnings, with team members taking on new roles and Charles in his first year with us and our aim was to build the foundations for the future.

“Of course, there were highs and lows: the first part of the season did not go the way we wanted, but I certainly value the way we all stood together, rolled up our sleeves and fought back.

“Particularly noteworthy was the way we reacted after the summer break, with three race wins in a row and a run of six consecutive poles positions, as well as our win in Monza, just days after the incredible celebration of the 90 years of the Scuderia, in Milan, in front of a huge crowd.

“Of course, finishing second will never be good enough for Ferrari and we are looking ahead to a very intense winter to keep building as a group. The aim is to come back stronger to be up to the challenges that await us.

“As the season draws to an end, I would like to say thank you to our Tifosi all over the world for their passionate support all year long. This weekend, we will try to give them the best possible result with which to finish the season.”

The last GP of the season is here: time to end on a high note. https://t.co/A5B4lWvbq9#Seb5 #Charles16 #SF90 #essereFerrari 🔴 #AbuDhabiGP pic.twitter.com/TCBfAuJ6TV