Pirelli: Teams were not ready when they tested 2020 tyres 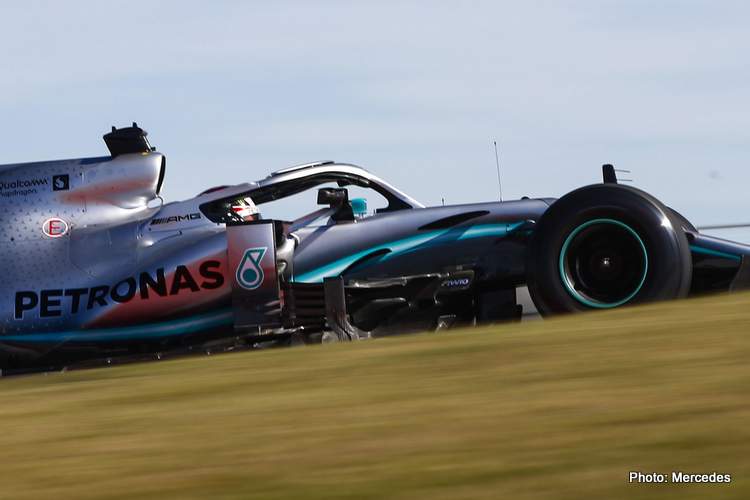 Pirelli F1 boss Mario Isola has warned the tyre-provider would be forced to increase mandatory running pressures if the teams reject the 2020 Formula 1 tyres but also believes the new rubber was not given a proper running at COTA earlier this month.

In Austin, teams got their first taste of the proposed 2020 tyres, and the feedback was nearly universally negative.

“My first impression is very bad,” said McLaren’s Carlos Sainz and Mercedes world champ Lewis Hamilton added: “I’d rather not say anything, or I’ll say something I regret.”

However, Isola is hoping the teams get a better impression when the tyres are tested again after Abu Dhabi.

“If we do not change the construction, the only possibility is to increase the pressure,” he told Auto Hebdo. “The new construction was designed with the aim of keeping the pressures as low as possible, in line with the increased performance of the cars.”

Isola thinks the teams were simply not ready to test the 2020 tyres when they broke cover on the Friday of the United States Grand Prix weekend.

He explained, “I understand perfectly well that the teams prefer to concentrate on the races and that they could not adjust the settings to these tyres. They are wider, especially at the rear, and this has an impact on the balance of the car.

“We need a little more time to understand if we have achieved our goals. Then we will be happy to discuss the results with the teams and see what is best for the sport,” he added.

The Pirelli 2020 tyres will again be sampled by teams during the post-season test at Yas Marina Circuit during the week after the Abu Dhabi Grand Prix.

Isola concluded,  “The plan is to test them again in Abu Dhabi (Nov 29-Dec 1) where we will have two full days of testing after the Grand Prix. Then the comparison with 2019 tires will be much more reliable than what we found in Austin.”