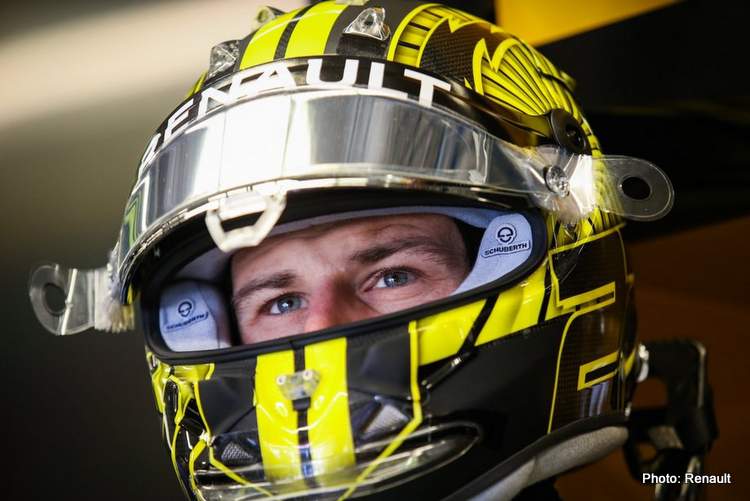 Nico Hulkenberg heads to Abu Dhabi to compete in what could be his final Grand Prix, as the likeable German has no options to remain on the Formula 1 grid beyond this season as Renault have opted for Esteban Ocon to replace him.

Thus will come to an end a career that began at the 2010 Bahrain Grand Prix. Hulkenberg’s CV shows he has made 176 starts in the top flight during the past decade but never had the privilege of celebrating on an F1 podium.

During his career, he drove for Williams, Sauber, Force India and Renault.

Speaking during an interview with Sky F1 in Brazil, Hulkenberg acknowledged, “It looks like, in all honesty, that there is no seat available now.”

Williams remain the only team to confirm a second driver for 2020, but the smart money is on billionaire’s on Nicholas Latifi partnering George Russell at the Grove outfit.

Hulkenberg explained his reluctance to return to the team that gave him his F1 break, “I guess it’s not the right seat for me and the timing… I’m not the right person for them to be honest.

“I’m not retiring. I love Formula 1, I love what we do here, I love the competition. I can live with it, I think 10 years is a long time and a fair share of Formula 1.”

“But for sure I’m going to miss it next year when I have to watch the first race on TV,” added Hulkenberg who won the 2015 Le Mans 24-Hours with Porsche on his first attempt at the classic race.

While Haas, Alfa Romeo and Red Bull were thrown into Hulkenberg’s Silly Season basket, nothing came of the supposed options, the reality is that the 32-year-old undelivered in the decade he had in the top tier.

With the end nigh, he admitted, “Of course I would be lying if I said it doesn’t touch me, of course, I’m sad to leave Formula 1 and not to race, but if not here, there are other racing series where you can get that thrill.”

A reserve role with an F1 team is not on his radar, “To go and do that, when you’re young and at the beginning, and I did that in 2011, I think that’s the right and obvious thing to do.

“To do that when more advanced in the career, it’s kind of a hard one to take when you’ve raced so many years consecutively. That role, I’m not sure about.”

Links with Formula E and Indycar, as well as the Porsche connection, should serve him well when he plans his 2020 season, “I’m definitely a fan of open-wheeler racing.

“Next year will be a true test for me because all my life has been about racing and now not to have that will be quite a shock and quite a contrast,” added Hulkenberg.

Big Question: Why didn’t Hulk deliver during his ten years in F1?