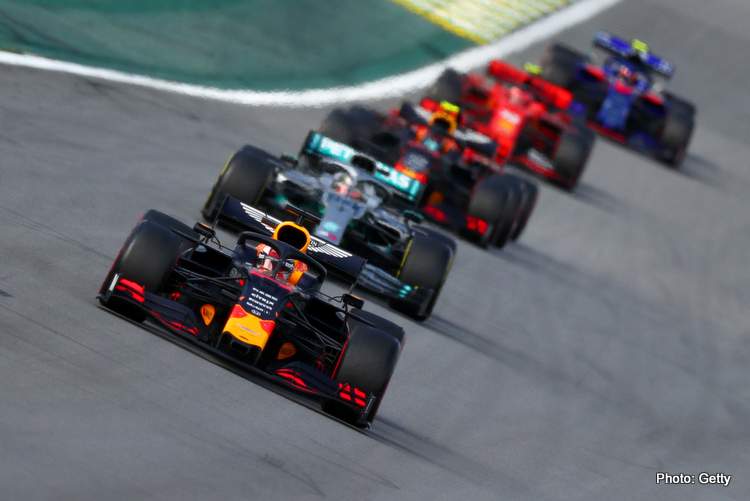 Now, and I don’t know about you, but I really like watching F1 drivers do their thing. And that’s why I don’t like qualifying today. In fact, I despise it. In fact, I think it’s crap.

It’s not just the fact that I watch the live broadcasts with the volume down and music on instead, to cover the power tool-like, hysterical and insincere exhortations of David Croft.

No. I’m aware that I’m irritable and intolerant. It’s actually because the ‘knockout’ style format divided into stupid Q1, Q2 and Q3 segments is exactly like driving a stake through the heart of a passionate F1 purist.

Let me tell you why.

First: an admission. Once the F1 world championship battle is over (as it quite often is at the tail end of a season), I don’t necessarily set an alarm to wake myself up at 3, 4 or 5 in the witching hours of the morning to catch the live action from places like Mexico, the US and Brazil.

I may follow the sport more closely than most people, but whether Hamilton or Verstappen is on pole when they’re basically already looking ahead to 2020 is pretty irrelevant and boring.

So, I wake up at a humane hour and click on the official few-minute summary of the session instead.

Now, most F1 fans have probably never watched these highlight clips – because they watch the whole thing live. But let me summarise the one from the brilliant circuit called Interlagos. And bear in mind, this is how the slightly-less-hardcore-than-you-are fan gets their run-down of how the grid was formed:

Q1, where we find out who the shittiest, slowest drivers are in F1 – even though we know already because we’ve watched practice. And we don’t care if Lance Stroll is 16th, 17th, 18th, 19th or 20th. We really don’t. So why is David Croft screaming at me?

The clip from Brazil opens with Sainz driving slowly with a broken McLaren. We then ride onboard with Hulkenberg up the hill to the finish line. The graphics show that he’s safe. He’s in. He’s NOT shit. Well done, Nico!

Next, Perez is depicted … racing up the hill to the finish line. He’s also safe. “Safe”. A very fitting word for a sport that banned grid girls.

I digress – back to the epic battle for the asshole-end of the grid. Behind Perez, we see Giovinazzi cross the line too. Also safe (yawn). And Raikkonen. Also safe, but only just.

Fuck me. Then we’re on board with Lance Stroll, who if he wins anything these days, it’s the prize for the most uninspiring and disingenuous driver of all time. And you do NOT win a holiday to Paris if you guess what he was doing in the clip.

Thaaaaaaaat’s right! Driving up the hill to the finish line. And guess what?! He’s NOT safe! He’s shit! Wow! Who would have guessed?

That, my friends, is the totally bog-standard first minute of a six-minute highlights clip – described perfectly accurately. And in the era of six-minute YouTube clips, do you know what a person with a full dose of sanity would do at this point?

That’s right: they’re outta there. So I’m doing the same. The only thing more boring than a qualifying highlights video in 2019 is reading about it (and, quite possibly, watching the whole session in full).

As I’ve said already, but it bears repeating, Interlagos is a staggeringly good circuit. Like many F1 fans who became turned onto the sport because they fancied themselves as one of these nuts bolted to a rocket, I love motorsport because I want to do it! I’ll never forget what my brain told my lips as I did my first ever lap in a 100cc go-kart: “So THIS is what Formula 1 feels like!”

I was, of course, not entirely accurate, but you get the idea. I would say the purest F1 fans tune in because – and you can call me crazy here – they want to watch human beings drive ludicrously fast cars around awesome circuits at ridiculous speeds.

And that thirst is almost completely unquenched by modern Formula 1 qualifying.

In reality, the worst thing about Q1 is that the next thing that is going to happen in your life is … Q2! Another big chunk of mortal living and breathing sacrificed to the idea of which midfield drivers will line up from 11th to 15th on the grid.

But back to Q1, and the fact that for the opening 20% of the HIGH-lights video it is apparently impossible to depict anything other than drivers with their foot planted for an easy-flat left-hander. Now, if anyone wants to watch the rest of the clip and prove me wrong, go for it. But I’m really not that interested. I’m already watching either compilation clips of fat women falling downstairs or old footage of the previous qualifying formats that DO work for purists like me.

I remember, buried in those heady days of Schumacher’s brilliant dominance, precisely what I thought when they decided that the 12-lap, 60-minute qualifying format of the past was too boring.

Me? I really loved not only the freedom and the pure simplicity of that format, but the fact that the top guys played complex psychological cat and mouse games by leaving their final runs later and later and impossibly later.

That sort of transcendent confidence and a steel-plated nerve was the key to Ayrton Senna’s qualifying brilliance – but it wasn’t the thing I loved the most about it. I loved that you usually got to watch full, uninterrupted laps of these maniacs as they wrestled with screaming monsters in their sensational no-fuel, sticky tyred, qualifying-engine, you-could-die-at-any-moment configurations.

Typically, you’d watch their slow OUT-laps as well, and somehow feel your own adrenaline rise at the same rate as theirs.

The only consolation to the end of the PROPER era of qualifying was that they initially replaced it with single-lap, one-at-a-time qualifying. Why? Because it was even better! Almost as pure, and arguably even more fun to watch for the purist. Every twist of the steering wheel, every slide out of a third-gear corner, every braking point, every moment of oversteer or understeer.

Fisichella is smooth and measured, Alonso is aggressive and yet pin-point accurate. He nailed Turn 5 but then lost half a tenth exiting the chicane. In contrast, Schumacher turns in visibly later – but not as late as Montoya.

Then they got rid of that, too. Again, too boring or something.

But what on earth did they replace it with?! Oy vey. For the most part, we’re actually lucky if we get to see them pressing the throttle out of the last corner – and then David Croft screaming as he watches that spectacular (not) stopwatch. We have NO IDEA if it was a mega lap or a crap lap, and are forced to trust the laptime instead.

Often, Croft will start screaming like a banshee because a good SECTOR TIME has popped up on his monitor, while we’re actually looking at Lance Stroll – because it’s oh-so-freaking-important whether he’s safe or not safe. I realised a few years ago that watching the deadness of the black live timing page was a more informed way of watching qualifying – until it suddenly dawned on me that one of my favourite hobbies was staring at flickering numbers on a black screen.

Believe me, I could go on and on. And in this series of columns for GP247, I will.

I’m not going to sit here as an advocate of this sport and say qualifying is ok. It’s not. It’s terrible. I don’t get it. If it’s supposed to appeal to a wider, more casual audience, then it does so by shutting me – the real fan – out. I’m often asleep when it happens, and that’s not even a silent protest. I just can’t be arsed.

And I love Formula 1! I want proper qualifying back. And I ask, am I the only one with big enough balls to say that what we have today is crap?