Vettel: I was going straight 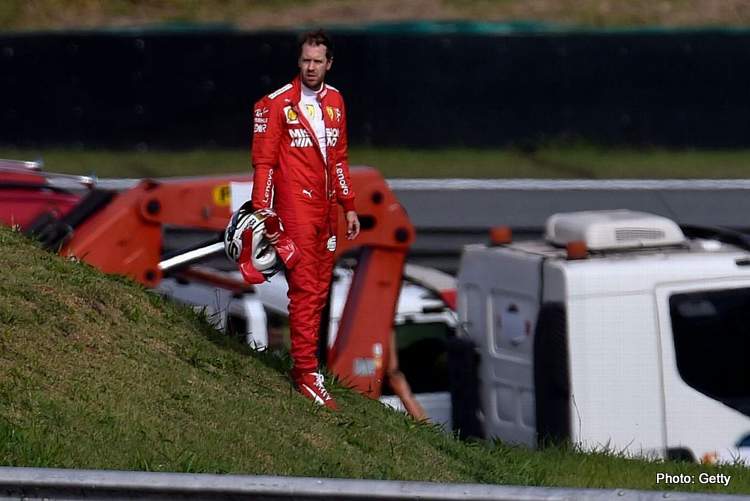 Despite television images clearly showing Sebastian Vettel drifting from the right side of the track to the middle in front of Ferrari teammate Charles Leclerc, seconds before they crashed out of the Brazilian Grand Prix, the German was adamant he was going straight.

Asked about the block in his post-race interview with Sky F1, Vettel replied, “I was going straight.”

And added, “The summary of the day is that we did not finish a race in which we could have got a good result. It’s a shame about the collision between us, especially for the team as a whole, given that both cars were in the points and considering how much work everyone puts in, both at the track and back in Maranello.

“I think it’s a pity for the team, I think we could have achieved a better result and deserved it. Obviously we were fighting among ourselves at the chicane and it was an aggressive fight.

“I had more battery than him, between curves two and three I thought I was already ahead, I don’t know why we touched each other, and this concluded the race of both,” added the four-time F1 World Champion.

Vettel has a history of crashing with teammates. Doing so during his time at Red Bull with Mark Webber when battling for the lead of the 2010 Turkish Grand Prix.

A couple of years ago he was involved in a three-way crash with Kimi Raikkonen and Max Verstappen at the start of the Singapore Grand Prix.