Verstappen: Fernando is one of the best drivers 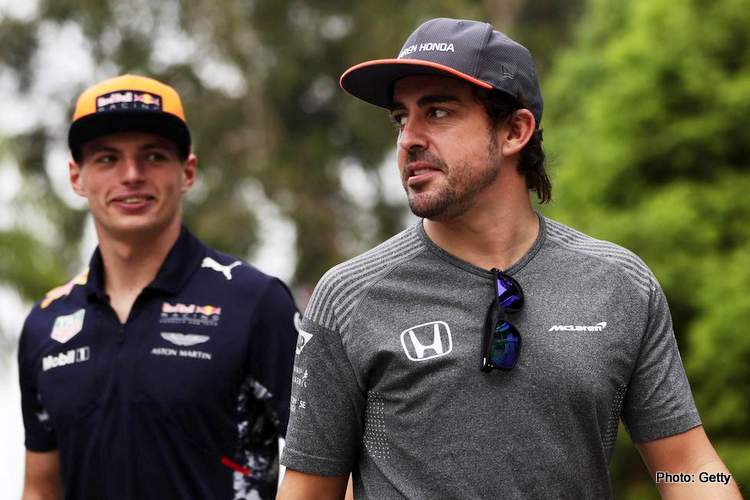 A bromance between Max Verstappen and Fernando Alonso is in full swing as the pair fling praise at one another, the Dutchman hailing the Spaniard as one of three drivers capable of winning the Formula 1 world title with the right car.

Last week Alonso said he followed Verstappen on the telly because the Dutchman was always in “full attack” mode, which perhaps reminds him of himself in his heyday.

Verstappen returned the compliment by predicting that a 2021 return to F1 for the 38-year-old Spaniard would be a success and that in the right car he would be a title contender, perhaps even World Champion.

“For me, Fernando is one of the best drivers,” the Dutchman told the Spanish edition of Auto Bild. “It is a pity that I never really raced against him, because he did not have a very competitive car at the time.”

“But I think if Alonso was here with a top car, he would be among the top three to win the world championship,” added Verstappen.

Who earlier this year also said, “Fernando would probably have won eight or nine F1 titles in the right team.”

But Alonso also warned of the perils of comparing drivers in the top flight, “In F1 it is difficult to choose the best because it changes a lot from year to year and from car to car.