The Day After: Out with a Bang 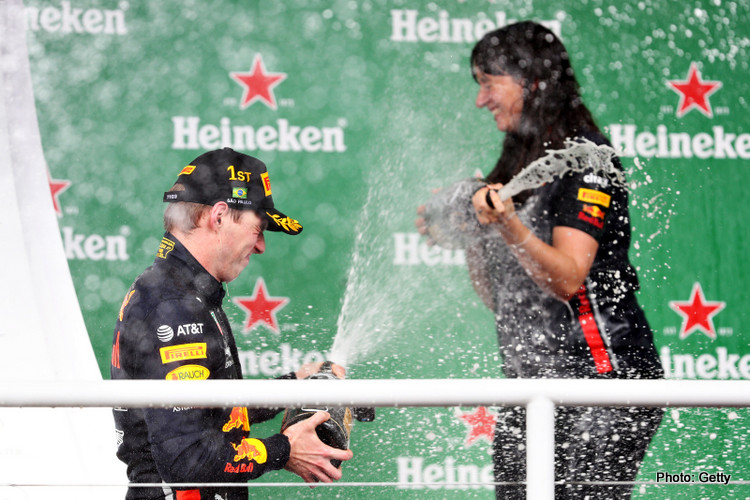 Adding another chapter to the collection of remarkable Brazilian GPs, F1 was at its scintillating best at Interlagos on Sunday.

So much for F1 being less exciting after Austin…

Despite the championship completely in the bag, the Brazilian Grand Prix managed to deliver one of, if not the, best races this season, with more shenanigans afoot than an afterparty in James Hunt’s hotel room.

Max Verstappen blitzing his way to redemption, the Ferraris once again imploding, Pierre Gasly’s first career podium (and the drag race with Lewis Hamilton!), Carlos Sainz doing likewise courtesy of Hamilton and Alex Albon coming together, Valtteri Bottas overcooking his car into retirement, Alfa’s best result since 1951, and Daniel Ricciardo’s fightback from last to the points, the list goes on. Who needs championship stakes when you’ve got all that?

Additionally, I wonder how Helmut Marko feels looking at this podium. We may be well-removed at this point from doubting Verstappen’s F1 bonafides, but to see Gasly and (well, figuratively) Sainz alongside him on a podium has to raise some questions about his driver development.

To be clear, by no means am I saying Albon is the wrong choice for Red Bull – after all, a podium should’ve been his – but Sunday’s result only cemented what we’ve been seeing with Gasly for the past eight races, and Sainz for much longer still: that freed from the pressures Marko placed them under, their talents have come to the forefront. And sure, maybe that’s got nothing to do with Marko and Red Bull, but for a programme whose critics allege it unnecessarily chews up and spits out promising drivers, Brazil only strengthened their case.

What more can you say about Ferrari at this point? It’s so far beyond a joke that you just feel bad for a team and fanbase with 16 world titles. Michele’s Red Mist should be fun this week – assuming he’s not too angry to write it.

Further congratulations to McLaren for sealing fourth in the constructor’s standings. It’s been a solid half-decade in the wilderness, but they can start having hope for the future again.

A special shout-out to Red Bull’s Senior Strategy Engineer Hannah Schmitz and the pit crew, who managed to do two sub-1.9 second stops with Verstappen. As fast as the Dutchman was, he might not have had the win were it not for their remarkable team effort.

Driver of the Day: Carlos Sainz

From last to third, Sainz took his impressive 2019 to a whole ‘nother level on Sunday. Also, he can now rest easy knowing he won’t be the next Nico Hulkenberg.