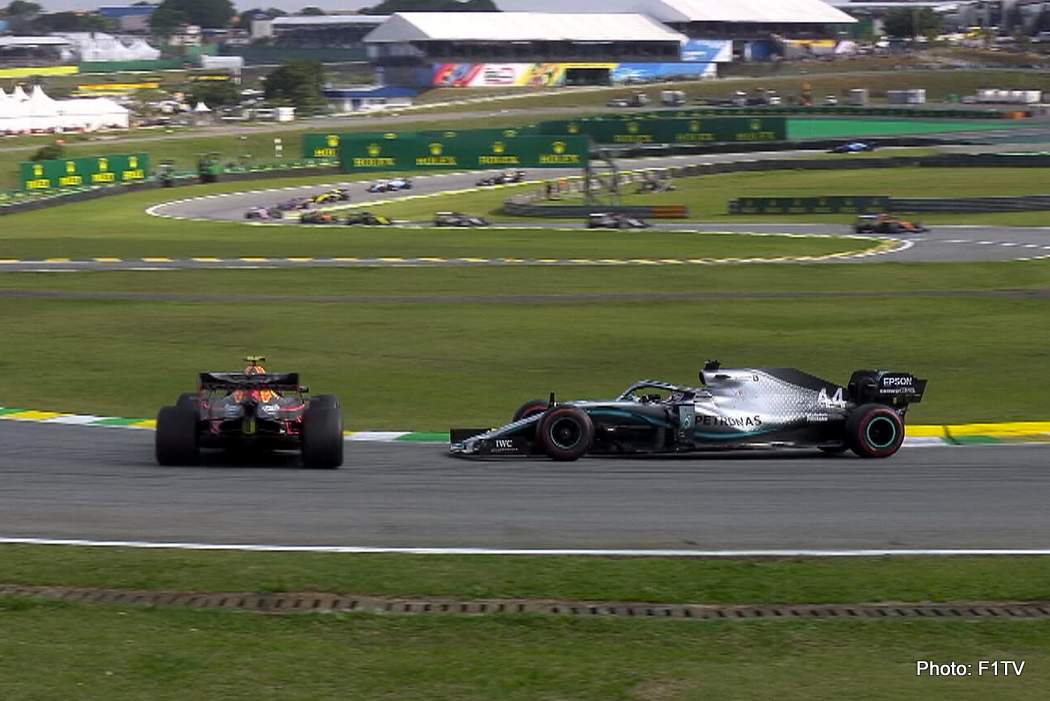 Lewis Hamilton has been penalised five-seconds for punting the Red Bull of Alex Albon off during their fierce battle for second place late in the race.

The Mercedes was quick to apologise, but the FIA appointed race stewards decided a five-second penalty was warranted which dropped the World Champion from third to seventh and promoted Carlos Sainz to third.

Hamilton said as he alighted his car, “Massive apologies to Albon – the gap was there but it was completely my fault. They did a fantastic job, they outperformed us on the straights.”

The FIA Stewards found: “Car 23 (Albon) was on his normal race line. Car 44 (Hamilton) attempted to pass on the inside but was unable to get far enough inside to accomplish the overtake and by the time he realized there would not be sufficient room he was unable to back out of the situation and the collision followed. The Stewards determined that Car 44 predominantly at fault for the collision with Car 23 at Turn 10 and therefore ordered a five-second penalty.” 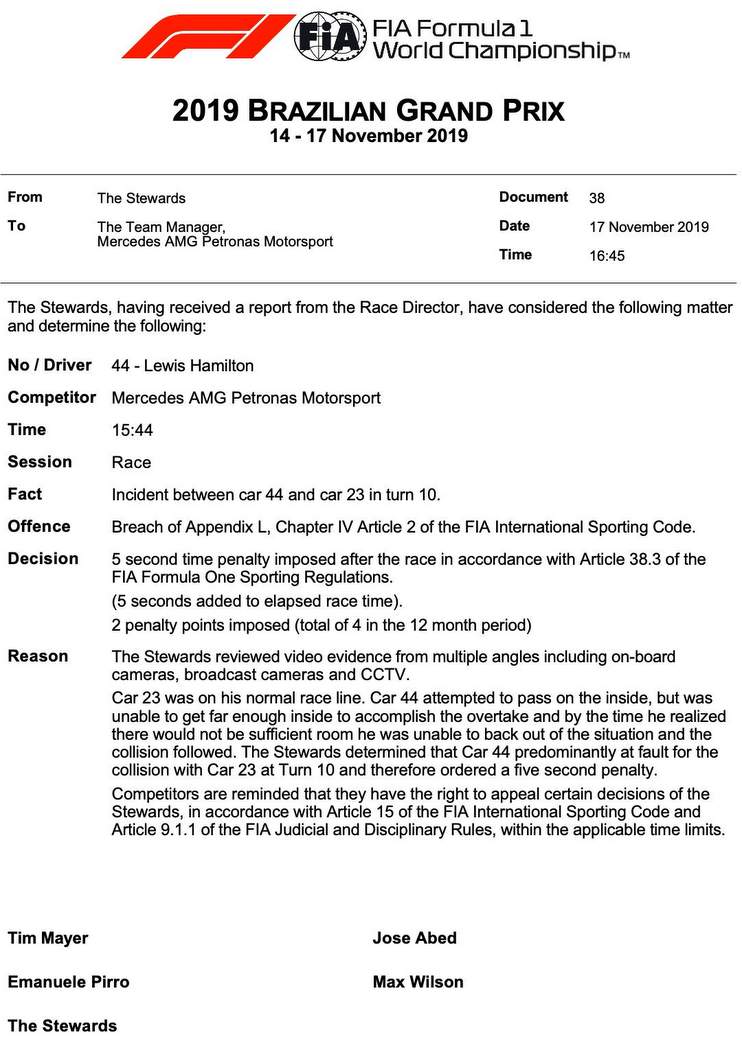