Williams: The car simply didn’t have the pace 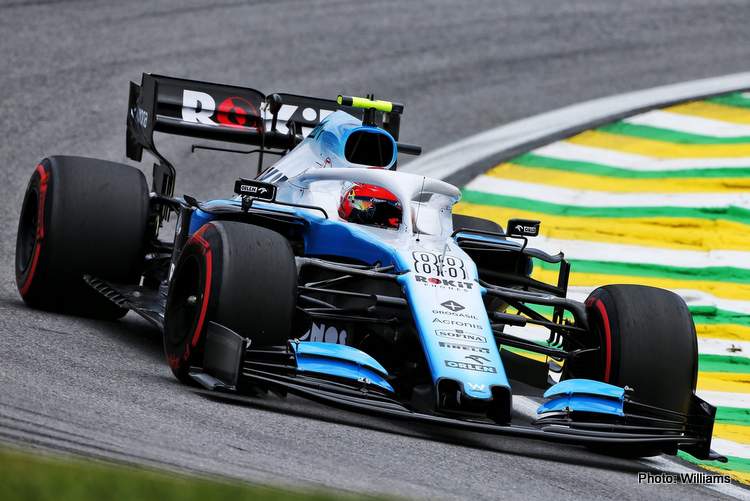 Williams report from qualifying for the Brazilian Grand Prix, Round 20 of the 2019 Formula 1 World Championship, at Autódromo José Carlos Pace in Interlagos, Sao Paulo.

Dave Robson, Senior Race Engineer: “The team worked incredibly hard last night to build a replacement chassis for Robert following his crash yesterday. The warmer conditions helped the tyre performance today and we had clearly made some progress with the car since FP2. We continued the work in FP3 as we refined the set-up for qualifying.

“The track was still a little cooler than we were hoping for this afternoon and so tyre preparation remained tricky. Nonetheless, both drivers did well and made the most of their opportunity in qualifying, but the car simply didn’t have the pace to challenge Racing Point and Toro Rosso. Whilst conditions are expected to be a little different again tomorrow, this is unlikely to be enough to allow us to race the cars ahead on the grid.”

George Russell: “Qualifying was as we expected. The car felt pretty decent and it was good fun driving around this circuit. We are where we are, and we tried to make the most of it. It’s always tricky when the track is improving so much with every lap. I was pretty pleased with my effort, however, there was a bit more time on the table.”

Robert Kubica: “Today was a good day and the car felt fine, even after the disappointment of missing all of Friday. The track is challenging, nice to drive, although we did struggle with grip. We will try our best tomorrow, but, being realistic, it will be difficult. Spirits remain high with the boys, and with the team, so let’s hope for some chances in the race.”