Red Bull: Fantastic job by the team and all praise to Honda 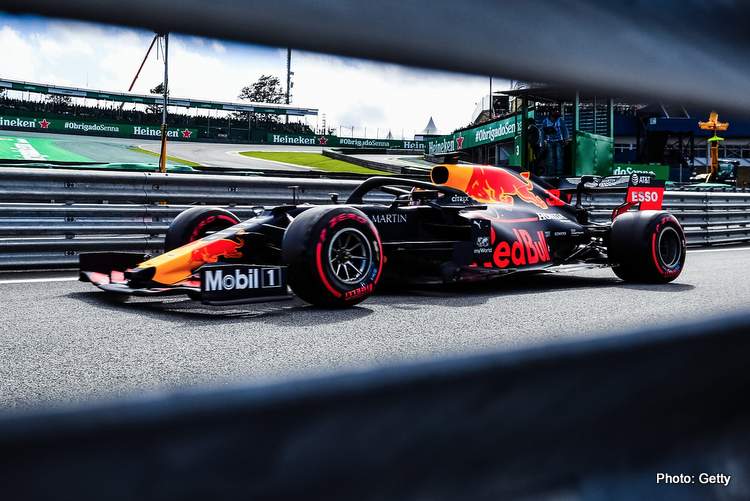 Max Verstappen gave Team Principal Christian Horner the perfect birthday present in São Paulo by powering to pole position for Sunday’s Brazilian Grand Prix at Interlagos with a dominant performance that saw the Dutch ace top every segment of qualifying.

P2. Max Verstappen: “I’m very happy with pole here today and the car and engine were performing really strongly together. We made a few improvements overnight and even after FP3 we made some final touches to the car and it really came alive in qualifying. Straight away from Q1 the car was flying and even though Q3 was a little more tricky as the temperature increased the car still felt good.

“Going purple in the middle sector and to be on pole by over a tenth here is a strong performance for us and Honda. Normally we have a quick race car so hopefully that will be the same tomorrow and I really enjoy driving on this track. I’m expecting an exciting and hopefully an enjoyable race, so now we just have to finish it off tomorrow.”

P6. Alex Albon: “All in all it wasn’t a bad comeback coming into qualifying but I’m still chasing for that final bit. Yes, it’s my first time here but I don’t like that excuse, and I don’t want to make excuses in general. I think it’s quite a tricky track, with long corners and low speeds.

“It’s very thermal sensitive so if you make a little mistake in one corner, you pay the price in the following four or five corners. Even in my second run I had a little snap into Turn 2 and then the tyres are too hot for the rest of the lap. They’re very fine margins here but it’s fun.

“There aren’t many tracks like this and I enjoy driving here, I just wanted to be a bit quicker today. Max did a great job and it was a good Saturday for the Team. Our race pace looks pretty good and with Charles’ penalty we start P5 so we have every reason to be in the mix tomorrow.”

Christian Horner, Team Principal: “That was the perfect birthday present from Max today with pole position in São Paulo. This is a track where Mercedes have dominated qualifying for the last five years so it was a great performance. Max was quickest in every session of qualifying and it’s also good to see Alex getting closer and closer to the pace as well.

“Pole position is all credit to the Team, they’re doing a fantastic job and all praise to Honda as well at what is a power sensitive circuit, especially at this high altitude. It’s a great effort all around and I think this result is all about teamwork. Tomorrow, it’s important for us to get a good start as this is a track you can overtake at. We need to have a clean first lap, get our heads down and then do the best we can.”