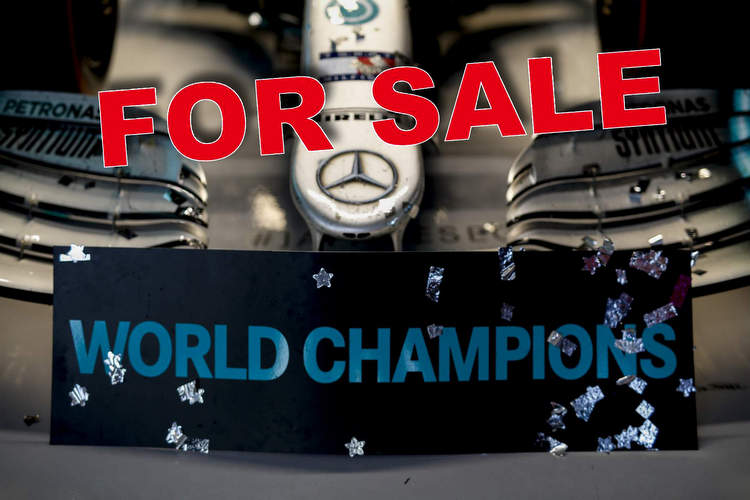 Mercedes Formula 1 team is up for sale, that is the claim of Auto Bild correspondent Ralf Bach, citing the information of a ‘reliable source’.

After a potential takeover of the Brackley based team, Mercedes could then remain in F1 as an engine supplier.

Auto Bild said Mercedes has told McLaren, Force India, Williams and – interestingly – also Red Bull that it can continue to supply engines beyond 2020.

The report argues that in six years Mercedes have been unbeatable they have no more to gain remaining in F1, they have little more to prove and are on an unprecedented high of a dozen titles in six years.

According to new boss Ola Kallenius: “We have won the world championship six times in a row. That is unique and has more than paid off in terms of marketing. So it has to be seen as a very worthwhile investment.”

Begging the question: why should Mercedes remain in F1 beyond 2020?

Meanwhile, it is worth noting that Penske and Mercedes have an illustrious history as partners on and off the race track, while the teams the patriarch has spawned over the decades are part of the greatest legends of motorsport.

His foray into F1 in the seventies was moderately successful but also cost the life of his friend and confidante Mark Donahue at the 1975 Austrian Grand Prix. Ironically a year later the team scored it’s only grand prix victory at the venue with John Watson at the wheel.

Reportedly Mazepin has already put in place, through Mercedes, an intense testing programme with the world champions using the Mercedes W08 from 2017. The billionaire was also in the running to save Force India but lost out to fellow billionaire Lawrence Stroll.

The Russian and his associates were not pleased in losing out to the Stroll consortium, thus they ramped up their ambitions and serious bidders should the Silver Arrows operation go on to the market.

Big Question: Why should Mercedes remain in F1 beyond 2020?