Morning After: More Pace to Come 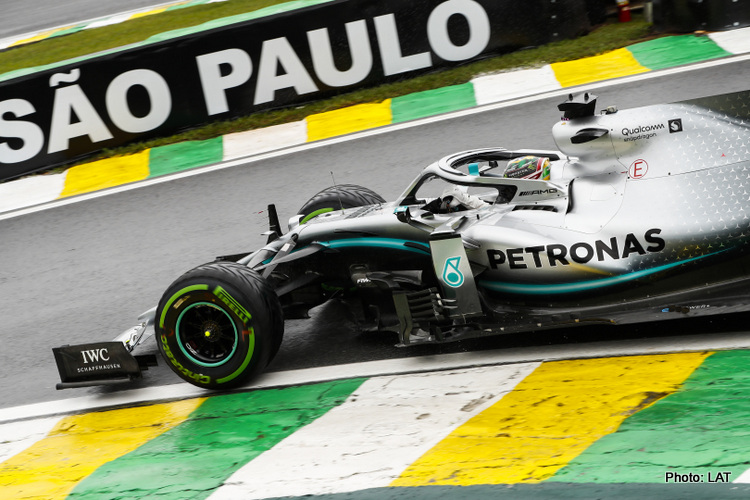 With the sort of rain and cold more associated with Silverstone than Sao Paulo, it’s hard to know where we stand after a tricky Friday at Interlagos.

Twenty race weekends into the season, the championship picture completed, and yet, here we are playing guessing games like it’s only be days since Barcelona.

Indeed, just like after testing, we’ve got a Ferrari on top here in Interlagos, and plenty of questions about whether it can stay there, considering both external – and internal factors.

Externally, you’ve got in the Red Bull and Mercedes two cars that for all of Ferrari’s improvement, are still probably superior in the corners, and should be right there when the engines are turned up on Saturday. Additionally, you’ve got track temps notably lower than are forecasted for the weekend – it never topped 18°C on Friday, compared to the 23-25°C expected on Saturday and Sunday – which should see the tyres working differently to how they have so far.

Internally, you’ve got Ferrari’s customary stumble, this week coming courtesy of Charles Leclerc’s ten-place grid penalty. Even if Sebastian Vettel can put it on pole, can he be fast enough in the race to stop either Mercedes or Red Bull from pulling off an aggressive pit strategy behind him? Maybe he can, but it’s going to be a whole lot harder without a rear-gunner.

So with all that in mind, your guess is as good as mine as to who will win this race. If there’s one prediction I am willing to make, it’s should be a close one, and that at least, is something worth getting excited about.

208. Total laps completed in a wet FP1. For reference, 436 laps were completed in FP1 in Mexico – a similar-length circuit, which started under wet conditions also. In other words, it was a pretty meaningless session.

1:10.143. Lap time from Kevin Magnussen, good enough to earn P6 for his Haas in FP2. I’m not sure whether to be happy they had a good day for once, or apprehensive they will come crashing back to earth as per usual.

Not that there’s ever a particularly good time to piss-off Helmut Marko, but if there is, it’s probably right after he re-signs you for another season. Smart move from Alex Albon.

Great to see the sentiment coming out of Mercedes after Toto Wolff’s “not a given” remark earlier this week. They may not be on Ferrari’s level in terms of historical importance, but the sport simply can’t afford to lose the reigning six-time world champions.

Saw Ford v Ferrari last night – it could maybe do with a bit of a trim from its 2.5-hour runtime, but as long as you can get past the repeated use of the “Hollywood pedal” where Christian Bale further presses the throttle to pass cars when he’s already going flat-out on a straight, it’s overall quite enjoyable. I give it 7.5 Maldonados out of 10.