Mercedes: This result is a bit deflating 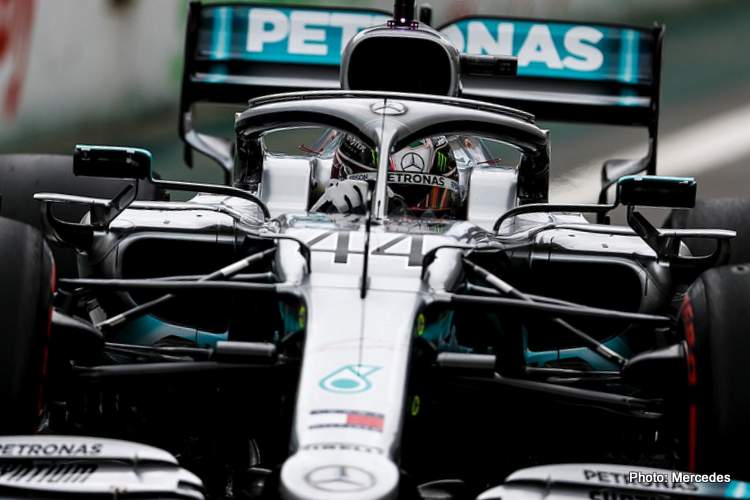 Mercedes report after qualifying for the Brazilian Grand Prix, Round 20 of the 2019 Formula 1 World Championship, at Autódromo José Carlos Pace in Interlagos, Sao Paulo.

P3. Lewis Hamilton: “It was a challenging Qualifying session. We went in knowing that it was going to be very tight, but in the end we didn’t have the pace to be on pole. FP3 was really strong for us, but once we got to Qualifying both Ferrari and Red Bull had great pace and we were losing out on the straights by quite a chunk.

“I kept chipping away at it and I think the last lap was as good as it could get for us, I don’t think there was any juice left in the car. I’m happy I got myself into the top three, that makes it a much better challenge for me position-wise to fight for a win.

“Our long run pace looked strong on Friday, it’s been one of our strengths throughout the year. It’s going to be really hard for everyone tomorrow with track temperatures potentially reaching up to 50 degrees which we’ve not seen all weekend. I’ve been conscious of that with my set-up, so hopefully that works well tomorrow.”

P5. Valtteri Bottas: “It was pretty close, as it always is here in Brazil, but something was missing today. I had a tricky FP3 and was quite a bit behind, but I was getting closer and closer in Qualifying. However, in Q3, it just felt like I couldn’t get much more out of the car.

“My laps in Q3 actually felt pretty good, there were maybe a few hundreds left to extract from the car, but not enough to challenge for pole today. I’ll still start the race from the second row, so it will be interesting to see what I can do from there.

“We have a good race car, but the Red Bull looked very strong in the long runs as well, so I’m sure it’s going to be an exciting race tomorrow. Everything is still to play for, so we’ll keep upbeat and look forward to a good fight.”

James Allison: “This result is a bit deflating, those aren’t grid positions that we would be happy with. It’s not completely out of line with what we saw yesterday, but we expected a little more after the decent results in FP3 this morning. But we didn’t reproduce that form in Qualifying.

“We’ve still got good enough grid positions that we’ve got a fighting chance of a good race tomorrow, where the track conditions will change a lot again. It’s going to be warm and this is not an easy track for the tyres, so we can expect an interesting race with people looking after those tyres, trying to make a decision between one and two stops.

“We were just shading the others on race pace in the long runs on Friday, but that was on a pretty cool track with a pretty manky overhead, so it is not a great indicator of what’s going to happen tomorrow.”