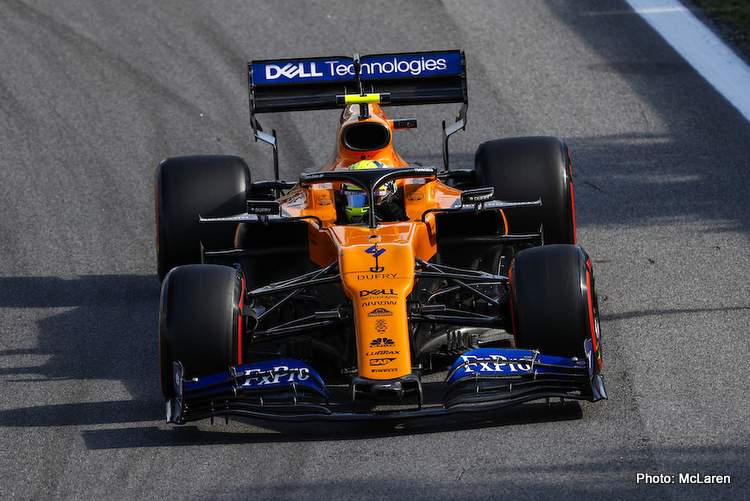 McLaren report from qualifying for the Brazilian Grand Prix, Round 20 of the 2019 Formula 1 World Championship, at Autódromo José Carlos Pace in Interlagos, Sao Paulo.

NQ. Carlos Sainz: “Big disappointment today. An issue with the engine during my first attempt in Q1 meant I couldn’t even set a lap-time. We’ll investigate what happened, but I’m obviously disappointed because it cost us a good shot at Q3 today.

“Another eventful Saturday this season where I’m not able to show our pace is frustrating, but these things happen and the race is tomorrow. It won’t be easy to reach the points starting from the back of the grid, but we’ll fight until the chequered flag and hopefully make a good recovery.”

P11. Lando Norris: “Not the best quali as I didn’t make it through to Q3, which obviously we’re always working towards. We’ve not been as strong here so far this weekend compared to recent races as the car doesn’t seem to suit this track.

“Plus, the grid is super close. One-hundredth of a second and I would’ve been into Q3, which is a bit frustrating – but it shows small things count. We knew we would be tight and we just missed out.”

Andreas Seidl, Team Principal: “After a series of good Saturdays, we experienced a very disappointing qualifying today. Unfortunately, we had to abort qualifying with Carlos due to a loss of engine power even before setting a timed lap in the first session.

“On Lando’s side, it was just not enough by one-hundredth of a second to go through to Q3. Heads down now – we still need to investigate the failure on Carlos’ car, before then switching our focus to tomorrow with the aim of fighting back.”