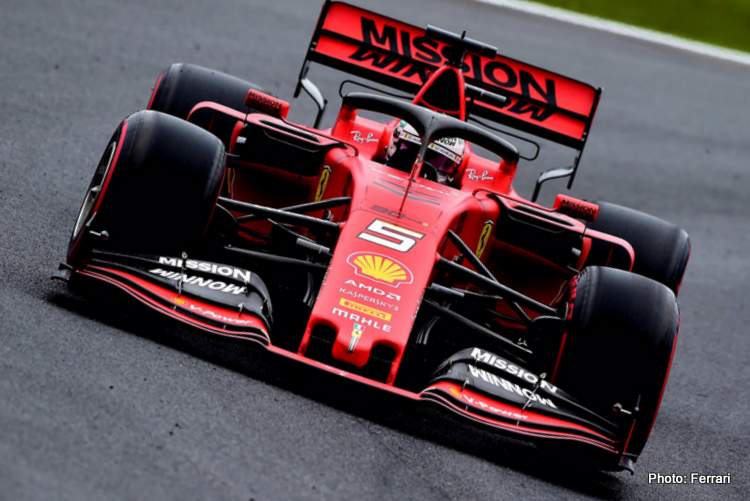 Ferrari showed their hand in the second free practice session of the Brazilian Grand Prix weekend, at Autódromo José Carlos Pace in Interlagos in Sao Paulo on Friday.

After a wet morning in Sao Paulo, dry running was the order of the afternoon in FP2 with Sebastian Vettel ending the day fastest of all with a best lap of 1:09.217 with Charles Leclerc a mere two-hundredths of a second shy of his teammate.

The session came to a premature end when Daniil Kvyat crashed late in the session when he tagged a wet curve and became a passenger, session ending in the wall while his teammate stopped his car with an engine issue and apparent fire.

It was not a good day for the Honda-powered quartet, as Alex Albon and Kvyat (again) crashed during the morning session.

Very early in the session, Robert Kubica hit a kerb which sent his car out of control and into the wall, extensively bending the front end of the Williams.

Behind the Ferraris at the sharp end of the timing screens, Max Verstappen was third in the Red Bull, 0.134 of a second down on the top time, fractionally faster than Mercedes duo Valtteri Bottas and Lewis Hamilton.

Less than a quarter of a second separating the top five at the end of the day.

Out of the top six was Alex Albon who crashed late in the morning session. He was ninth in the afternoon, albeit nearly a full second adrift of teammate Verstappen.

Kevin Magnussen was Best of the Rest on one of those occasions the Haas was a handy piece of kit, normally the performance evaporates in the race so time will tell if this is the usual flash in the pan.

Behind him was Daniel Ricciardo, fastest of the Renault quartet on a subdued afternoon for them with teammate Nico Hulkenberg only good for 11th and the McLaren lads Carlos Sainz in 10th and Lando Norris 18th, the rookie completing more laps than any of his rivals during the 90-minute session.

Veteran Kimi Raikkonen was eighth in the Alfa Romeo, a couple of tenths up on rookie teammate Antonio Giovinazzi who was good for 13th. 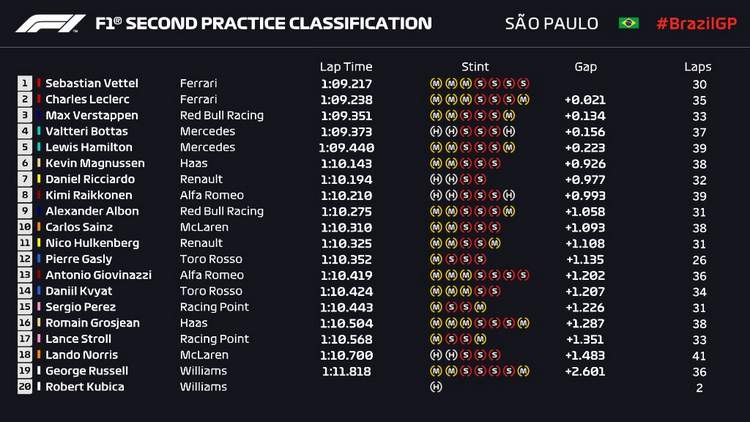