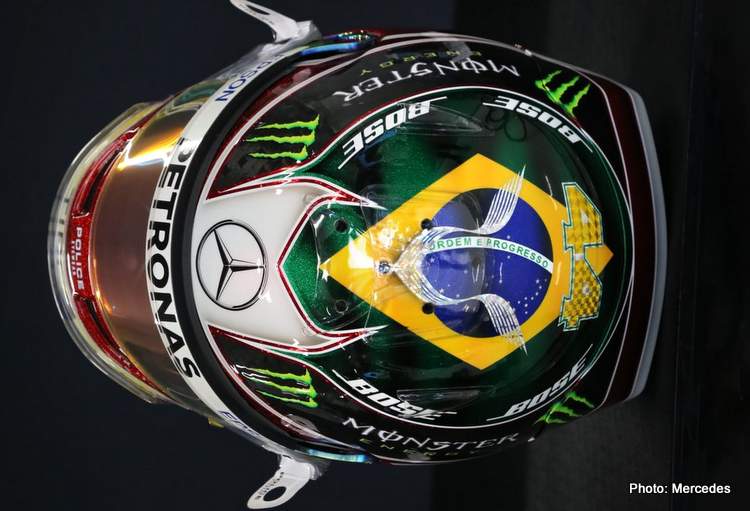 Hamilton started Friday´s practice sessions wearing a helmet designed with a Brazilian flag on the top, Senna´s yellow and green on the back, a drawing of Rio de Janeiro´s Christ the Redeemer statue, and six stars to note each of his F1 titles.

Three-time F1 champion Senna died after a crash at the San Marino Grand Prix in 1994 and remains reverred to this day. not only in Brazil but by F1 fans across the globe..

Hamilton said this week the Senna-inspired helmet was also designed to please Brazilian fans, who have no home driver on the grid at Interlagos.