Hamilton: Me and Seb have huge respect for each other 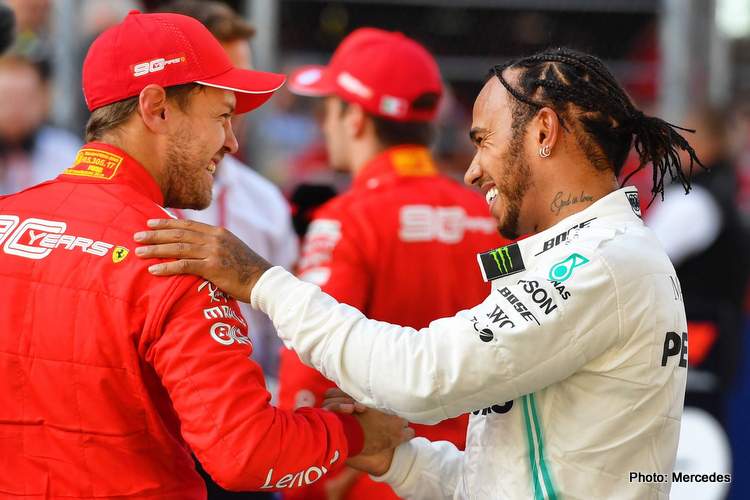 While it cannot be said that Lewis Hamilton and Sebastian Vettel are friends, the Mercedes driver has reiterated his respect for his Ferrari rival which has grown thanks to recent on-track battles.

Speaking ahead of the Brazilian Grand Prix weekend, Hamilton told the official F1 website, “Me and Seb have a huge amount of respect for each other, and I think it’s grown over time.”

Together the pair have bagged ten F1 world championship titles, and have been the sport’s elite and benchmark drivers for over a decade – transforming from precocious newcomers to elder statemen at the pinnacle of the sport.

Hamilton explained,  “Being at the forefront of the sport and both appreciating just how hard it is, individually, for us to do what we do. And I guess also over time Seb does his thing his own way, I do it my own way and we respect that about each other.

“There’s no judgement there and I think these tough battles that we’ve had together last year have brought us closer in that respect and it means a huge amount to have respect from other drivers,” added the Briton