Legal Eagle: Renault to quit or not to quit Formula 1? 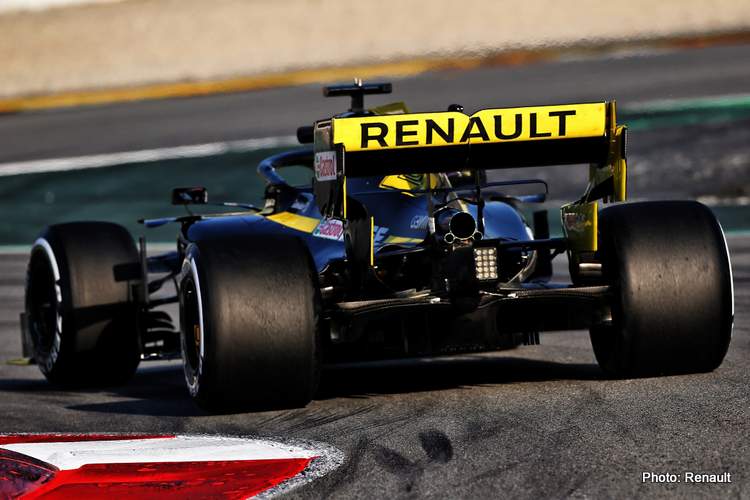 Renault’s latest rumoured pull out of Formula 1 comes complete with multiple ironies which Legal Eagle has pointed out in what we hope will be regular contributions from his legal perspective of our sport.

It has recently been reported that the French team’s management are questioning whether the enormous cost of F1 is worth it given Renault’s poor results and loss of engine customers.

Renault has joined other teams pushing for, among other things, a budget cap and changes to the technical regulations to level the field.

Ironically, in May 2009, Renault threatened to quit F1 if the $60-million budget cap proposed by then FIA President Max Mosley was implemented.

From a technology perspective, Renault was a driving force behind the adoption of the current, expensive, and technologically complex, hybrid F1 engine.

In 2010 and 2011 it was widely reported that Renault threatened to quit F1 if a “greener” engine design was not adopted.

On June 7, 2011, Renault threatened to quit F1 if a “greener” engine formula (initially proposed as a 4-cylinder hybrid) was not adopted for F1.

That was confirmed on November 17, 2011, when it was reported that, then Renault F1 engine boss, Jean Francois Caubet, told journo, John Reed, that “Renault threatened to pull out of F1 altogether if the new generation 2014 engine wasn’t introduced, ‘We pushed the FIA to conclude on new regulation – concluded in June. Either the new regulation is clear and we will stay in F1 or we keep the same engine and Renault will stop,’ he said.”

Only four days after their 7 June, 2011 quit threat, it was reported that even the French manufacturer was happy with the compromise design of a V6-hybrid.

Ironically, Renault has obviously found the current engine design more complicated than they can handle. Since 2014 their F1 engine has been hampered by unreliability and poor performance relative to the competition; first to Mercedes, then Ferrari and now, it seems, Honda too.

This has cost them customer arrangements with both Red Bull and McLaren severely reducing the income available to fund new engine development. Hence the current plea for “changes to the technical regulations to level the field.”

With the engine formula changing for 2021, there is no Megatron-like buyer for Renault’s current engine technology and related operations. They could remain as an engine supplier under certain circumstances.

As it would be uneconomical to just close the team down, a sale of the team is likely if Renault do quit or not to quit F1. Given that there are still plenty of wannabe F1 team owners willing to throw their money away by owning a team, a buyer is likely to step up.

However, it is probably not financially justifiable to develop a new engine for just one customer team. Whether other teams needing an engine supplier are admitted to the F1 fraternity in 2021 remains to be seen. Regardless, new, smaller, and likely less successful teams, may not be the best showcase for Renault from a corporate identity perspective.

There are, interestingly, long overdue matters that the FIA could do to make motorsport more commercially justifiable on a number of levels. But then these are the folks that brought us the “one helmet design per F1 driver” rule.

So unless F1 under the 2021 rules, and/or motorsport at the top level, becomes more financially justifiable, it really could, finally, be the end Renault in F1. Pour l’instant!

Big Question: Renault to quit or not to quit?