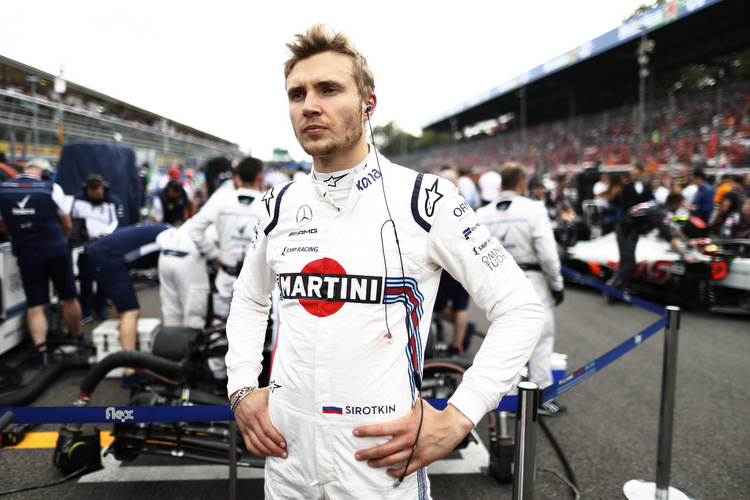 As editor of GrandPrix247, I wish to apologise to Williams and Marina Maksimova for the inconvenience caused by a report published on our site which the latter claims was incorrect.

Maksimova contacted our website through email and Facebook to disassociate herself with the following comments attributed to her as reported by GMM:

“They paid only part of the amount,” the source, Marina Maksimowa, told Sportowe Fakty.

Williams is still struggling with its financial backing in 2019. Robert Kubica’s sponsor PKN Orlen has been publicly critical of the team and is set to leave along with the Polish driver.

As for SMP Racing, the Russian source continued: “They decided that Williams’ results were unsatisfactory and that they should not receive any more money.”

The sponsor’s dissatisfaction is apparently why Sirotkin left Williams at the end of the season.

“Sirotkin wanted to continue, even with Williams,” Maksimowa said. “But they [SMP Racing] told him that there would be no more money.”

After the publication of the piece entitled: Sirotkin backers did not pay Williams in full for 2018 season – which has since been taken down – the following message was received from Maximova posted on our Facebook page:

My name is Marina Maximova and I am from radio station “Echo of Moscow”.
Writing to you about this article. What is written here is not true. All of it appeared due to lack of understanding and insufficient language proficiency.
Lucasz already edited his text, but not enough. I will tell him to delete it!
Anyway, I am in no position to comment on such things and have no “inside” information about SMP Racing.
And seriously, guys – can you imagine what a scandal it would be if SMP didn’t pay Williams??? It would be everywhere. And shall I remind you to check info before copy-pasting it!

My apologies but that was supplied by an Agency and will take it up with them and I am prepared to write an apology. And I agree with you we slipped up and want to make amends
Cheers
Paul

Not waiting for another reply I proceeded to do what I felt is the right thing and go ahead with this public apology.

The agency supplied reports published on the site are subbed before going live, at times (and due to staff constraints) one takes it in good faith that these suppliers do their due diligence and fact-checking. However, this is not a fail-safe system and slip-ups happen.

To those aggrieved by this report, our sincere apologies and we will take the matter up with our supplier in an effort to avoid similar reports in the future.

“You’ve been misled. The ORIGINAL source has now removed Marina Maksimowa’s comments from their piece, but the original comments were faithfully and accurately translated by GMM. It is therefore completely dishonest for Maksimowa to blame GMM.

“She obviously regretted making the comments (for obvious reasons) and just lashed out at all the reporting. That said, I don’t particularly appreciate that your piece seems to suggest that the problem here is your supplier. That is not true at all.

“My job is reporting interesting news, and that was interesting news from a reputable publication. When problems emerge at the original source of the news, the messenger should NOT be blamed.”