Verstappen: Third place is going to be tricky 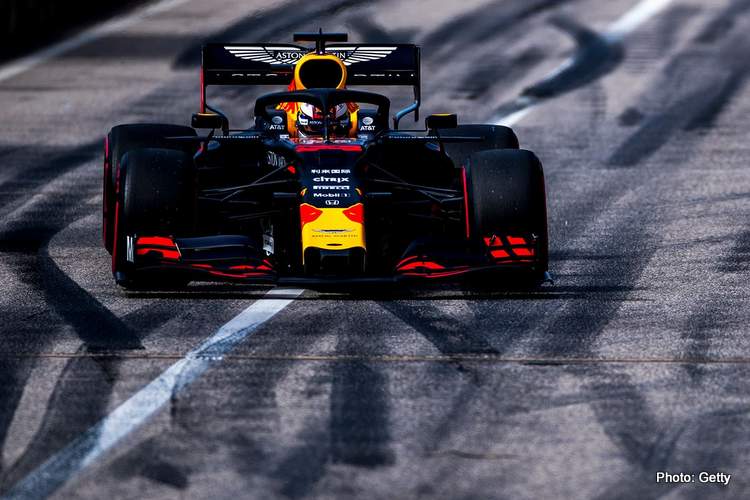 Red Bull driver Max Verstappen has vowed to push to finish third overall in the 2019 drivers’ world championship, despite the fact that he has not quite had the firepower to match Ferrari or Mercedes this season.

Silver Arrows duo Lewis Hamilton and Valtteri Bottas are locked into first and second places with two races to go, but a battle is brewing for that last podium spot in the title standings.

Charles Leclerc has a 14 point advantage over Red Bull’s Verstappen, with the other Ferrari driver Sebastian Vettel just another 5 points adrift.

“Third place is going to be tricky, so we’ll need some luck,” Verstappen told De Telegraaf newspaper ahead of the Brazilian Grand Prix weekend, thee 20th and penultimate round of this year’s F1 World Championship.

“Our results have not been as good since the summer break, but I talked about it with my engineer last week and overall our car wasn’t that bad during that period. We only had some unfortunate moments and in Singapore the mistake was with the setup of the car.”

Third place has become somewhat of a joke in the past few years, with Kimi Raikkonen in particular admitting that the biggest prize is the chore of attending the FIA prize-giving gala.

Verstappen recalled with a smile, “Kimi seemed to enjoy the gala last year.”

And added, “If you look at the whole year, Ferrari should be much further ahead with the car they have. Viewed in that way, it’s good that we are still fighting for it.”