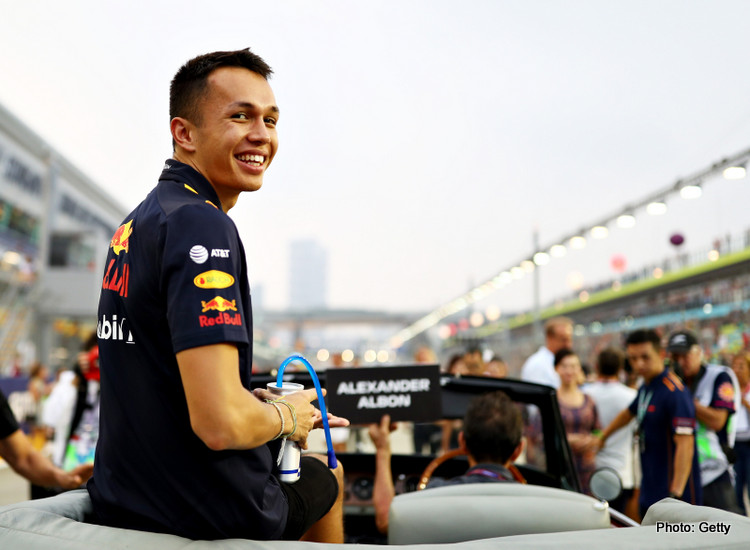 Even with no race and the season winding down, the F1 news-wire still managed to churn-out its share of noteworthy stories in the past seven days.

Toto to Skip Interlagos: A story that could have massive ramifications given Liberty’s plans for F1’s future, Toto Wolff will not be attending the Brazilian GP, citing the need for “more time in Europe to focus on other open topics.”

In other words, Wolff is saying “bugger that, I’ve just won six championships on the trot, this season is too damn long, and I’d rather be at home than in Sao Paulo”.

And you know what? Fair enough. He’s earned it. More important though is the precedent it sets for how teams approach an F1 calendar that next year will be even longer at 22 races, with the potential to go to 25 after that. If the guy who fronts the most successful outfit in the history of the sport doesn’t feel up to attending every race, then really, who will?

And yes, obviously he’d be there if the championship was still in doubt, but title decided-or-not, I don’t think there’s any question Wolff is a legitimate racer, so his decision to miss a grand prix carries significant weight regardless.

Interestingly Chase Carey came out on the same day acknowledging “fatigue is very much a factor”, but then immediately lost any credit for that seemingly pro-personnel stance by intimating the reduction in testing and the race weekend as a solution.

Having been around a few GPs now, I can tell you those changes make little difference to guys like Wolff, to say nothing of the mechanics, engineers, et al. Whether it’s 21 races or 22, Thursday media day or not, they’re there from Wednesday at the latest getting everything ready, and that’s still way too many long-haul flights and time away from family for any sane human being.

No, if Carey was serious about this he’d put a hard cap on race weekends at 20 – and that’s being generous – and look to build the quality of the product he has, instead of expanding it in search an easy boost to his company’s finances.

Red Bull Retain Albon: News that should come as a surprise to nobody, Red Bull made it official on Tuesday, re-signing Alex Albon for the 2020 season.

Really, this was a no-brainer. In his first seven races with the team, he’s shown himself to be a good complement to Max Verstappen, as while he hasn’t been able to match him on outright pace, he’s delivered a slew of impressive drives on Sundays, finishing no lower than sixth, and actually outscoring the Dutchman in their brief time together, 58-52.

Additionally, it’s not like Red Bull had better options. Daniil Kvyat might have looked like a chance after his third in Germany, but having the ousted Pierre Gasly show-up and thoroughly best him put an end to it. Really, the only way it wasn’t going to be Albon was if Fernando Alonso walked through the door, promised to take a paycut, and to not be a complete jerk for once. That wasn’t happening.

All that said, I wouldn’t quite pencil in Albon for a long-term seat just yet. In the four qualifying sessions where both drivers have set indicative times, Albon trails Verstappen by an average of 0.407s (including their dead heat in Suzuka), and that’s probably not going to cut it in a close title fight. On the other hand, he’s still relatively new to the car – and F1 in general – so we should expect his Saturday performance to improve, but whether it’s enough to keep him there when the next hot young prospect comes along, remains to be seen.

2021 Uncertainty Abounds: For all the hype around the 2021 regulations, the fact remains we still don’t know who will be there to implement them, and that came to the fore this week with stories surrounding some of the sport’s major players.

Mercedes, Honda, Renault and Haas have all been the target of speculation about their future in F1, and while it might be far too early to press the panic button, it’s definitely something to follow. Obviously losing one of those first three names would be a tremendous blow given their roles as engine suppliers, but even the loss of Haas would be seriously felt, with the loss of two more seats on the grid and no team realistically lining-up to replace them. Of course, the hope is 2021 improves the sport enough for all parties involved to prosper – it just remains to be seen if with another year of the “old” way of doing things that they all get there to do so.