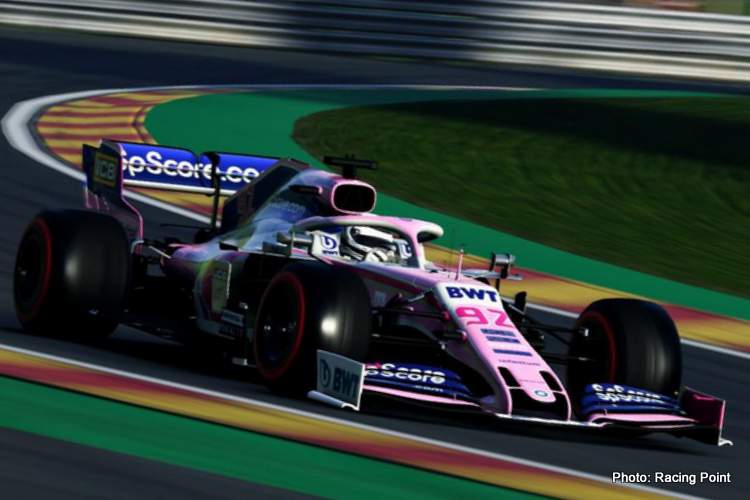 Lance Stroll: “Racing at Interlagos is always an interesting experience. There is so much passion and emotion from the Brazilian fans. They love racing and they’ve got a great history in the sport.

“It’s quite a compact track and it’s tight and twisty in the middle section. I remember it being quite bumpy too. It’s much more undulating than it looks on television and you really notice that when you walk the track.

“There is a steep drop through the first chicane and then at the end of the lap there is a big climb from the final corner onto the straight. It makes things more interesting in the car and I quite like those aspects of the lap.

“It’s not been a good track to me in the two times I’ve been there, but I think we’ve got a good opportunity to put things right this year. It’s a close fight in the Constructors’ Championship so we have plenty at stake.”

Sergio Perez: “When you arrive in Brazil, you know the season is nearing the end. It’s the time of the year when it’s getting close in the championship. We still have a chance to fight for fifth, so adding more points this weekend is very important.

“I like being in Brazil and in some ways it reminds me of Mexico. The people are very warm and relaxed, and they love F1 just as much as the Mexican fans. They are always having a party in the grandstands.

“The start of the lap is good fun through the Senna ‘S’ and I think it’s probably the best place to try and overtake during the race. At the end of a long straight you can be very late on the brakes and dive down the inside.

“The circuit is quite short and it reminds me of a karting track. Even though it looks quite simple, it’s not easy to get the perfect lap. You need to be really precise with placing the car and to find the lap time you need to use the kerbs.

“The weather can be a major factor too. It rains quite often and clouds can develop quickly in the area. That can mix things up, as it did in 2016.”

Team Principal, Otmar Szafnauer: “Brazil presents us with another good opportunity to score points. The car has been working well across a range of different tracks and I’m confident we can be just as competitive this weekend. It’s hard to judge our performance at the last race in the USA because it was compromised by various factors, but there’s no doubt we didn’t show our true potential

“Overall, as we near the end of the season, I can say that I am pleased with our performance since the summer break. We’ve worked hard to improve the car and scored points in all but one of the last seven races. The point we scored in America helped move us up to sixth place in the championship and mathematically we can still aim for fifth. There’s lots at stake and lots to fight for, so we need to maximise the opportunities this weekend.”