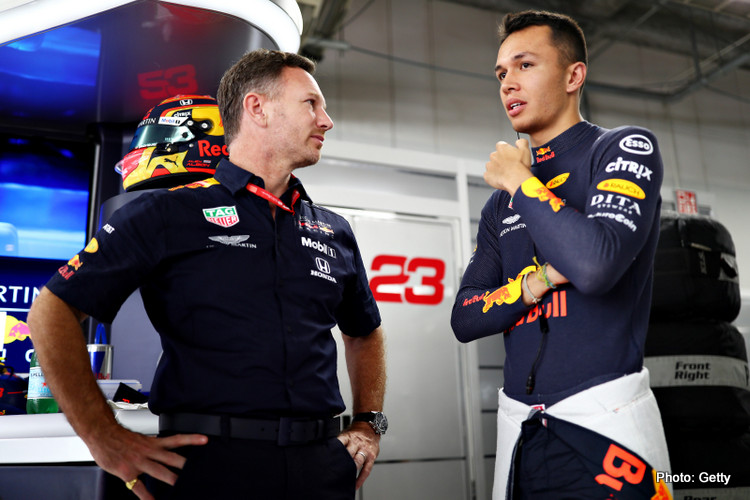 Red Bull’s Christian Horner has reiterated the team intends to “take our time” before confirming who will partner Max Verstappen in 2020, while heavily hinting it will be incumbent Alex Albon.

“After his accident and the front wing change, he was the fastest driver on the track,” Horner told Auto Motor und Sport, referring to the US GP in Austin.

“The way he fought his way through the field was phenomenal.”

Albon is now sixth in the drivers’ world championship, “even though he has only done seven races for us”, Horner added.

“His development is very impressive. I don’t think it will take much longer before he can drive right at the front.”

But for now, Red Bull says Daniil Kvyat and Pierre Gasly are technically in the running to be promoted for 2020.

“We will not make any hasty decisions,” Horner said. “All the drivers are under contract, so we can take our time.”

“It doesn’t matter who will be next to Verstappen next season, as he will remain the first driver,” the Spaniard told Sky Italia. “So it doesn’t affect me at all.”