Bourdais: Indycar aeroscreen a massive step and much safer 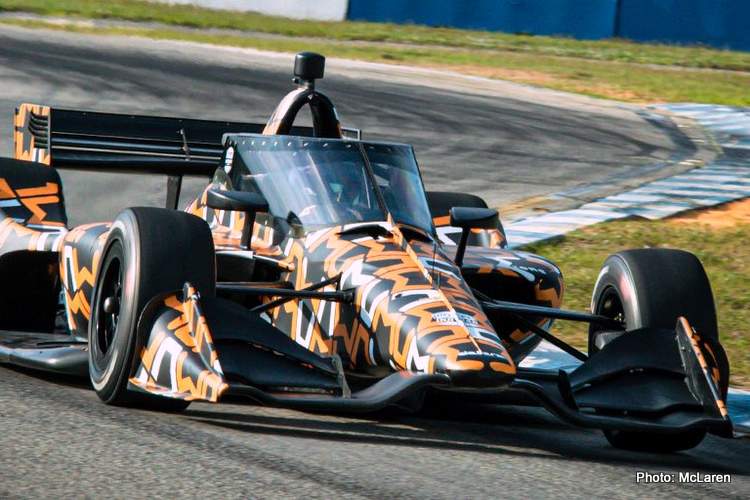 Indycar series continued its Aeroscreen development program at Sebring International Raceway this week with Arrow McLaren SP and Dale Coyne Racing with Vasser-Sullivan participating in the fourth and final test session of the year.

The conditions for the one-day test could only be described as ideal for testing the safety innovation, with the weather unseasonably hot and humid like the NTT IndyCar Series teams will face through the summer stretch and the track was predictably bumpy in replicating a street course.

Amid all that, the Aeroscreen, scheduled for its race debut at the season-opening Firestone Grand Prix of St. Petersburg on March 13-15 in St. Petersburg, Florida, performed as designed once again.

“And we checked boxes with drivers who had not previously experienced the Aeroscreen,” said Bill Pappas, Indycar’s vice president of competition and engineering.

Four-time Indy car champion Sebastien Bourdais of Dale Coyne Racing with Vasser-Sullivan, Patricio O’Ward of Arrow McLaren SP and Santino Ferrucci of Dale Coyne Racing, who utilized Bourdais’ car in for the session, were the latest group of NTT Indycar Series drivers to have the opportunity to test the Aeroscreen.

The steamy Florida weather allowed for trying various driver cooling options and further validate the anti-fogging mechanism. Bourdais, who wears glasses, had no visibility issues in his first experience with the Aeroscreen. O’Ward, in his first on-track experience with Arrow McLaren SP, similarly adapted quickly to his new cockpit surroundings. Ferrucci had no issues while driving Bourdais’ car.

Pappas said Indycar and its suppliers are on schedule to deliver Aeroscreens to all full-season teams next month as preparation builds for Firestone Grand Prix of St. Petersburg. The Aeroscreen was announced in May and developed by Red Bull Advanced Technologies in conjunction with Indycar.

Scott Dixon of Chip Ganassi Racing and Will Power of Team Penske took part in the test at IMS; Ryan Hunter-Reay of Andretti Autosport and Simon Pagenaud of Team Penske tested at Barber; and Josef Newgarden of Team Penske and Dixon handled Richmond.

These tests were designed to replicate the various conditions competitors will face during the 17-race season. IMS is the largest (2.5 miles) and fastest oval on the schedule while the .75-mile Richmond layout is the shortest of the five oval tracks.

Barber Motorsports Park is a permanent road course like Indycar will use on seven occasions next year, and there will be five street-course races where Sebring-like bumps must be navigated.

In consultation with drivers, Indycar will offer standard cooling options at each venue in order to keep the playing field level.

“These will be areas with specific parts,” Pappas said. “Teams won’t be free to develop their own ductwork.”

Bourdais said the utilization of a helmet duct likely will be the best option for particularly hot days, “It’s figuring out what’s the best (cooling) option. But it’s nothing we can’t work through.

“In races, we drive through clouds of debris, particularly on speedways and superspeedways, so I think this is a massive step. It’s a much safer place for us IndyCar drivers – I think everyone is pleased with it.”

The drivers said it took very little time to get acclimated to it.

“You can barely tell the screen is there because it’s pretty clear,” O’Ward said. “Obviously, it’s a bit more enclosed, but you see everything you usually see. The eyes kind of look around the halo, so you don’t really notice it. Once you’re pushing, you don’t really see the Aeroscreen.”