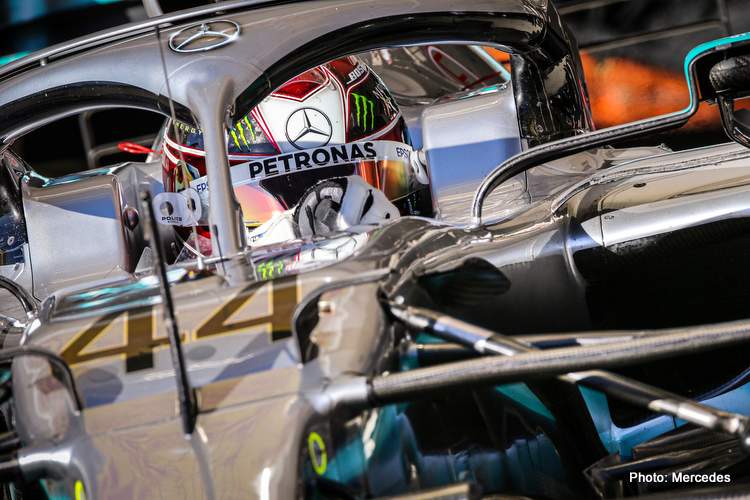 Before the weekend started, there was already something unusual on the boil. as teams were able to file a protest against Ferrari which allowed the FIA to investigate the Ferrari engine in order to find out what their secret was, but it was a little different.

Red Bull and Mercedes already had an idea what the secret was, but didn’t want to be the ones to protest. Therefore, another option was chosen. By submitting “the secret” as an idea to the FIA, asking if they could build something like that, the FIA was urged to clarify this.

Red Bull and Mercedes knew of course that it wouldn’t be legal, but an official answer from the FIA meant that a so-called directive would be issued to all teams stating that this idea, in whatever shape or form, would be considered illegal and shouldn’t be used.

In this way, Red Bull has ensured that Ferrari’s secret can no longer be used without the need for a protest.

It was already on Friday that it became clear that Ferrari had lost their straight-line speed and that Mercedes and Red Bull were able to do pretty much the same times as Ferrari.

During qualifying, it was not a pole position for Ferrari, but it was Valtteri Bottas who took it.
Sebastian Vettel was second, just 0.012s. behind Bottas while Max Verstappen was only 0.067s. slower in 3rd place.

With Charles Leclerc in fourth, Lewis Hamilton in fifth and Alexander Albon in sixth, the top teams were well mixed on the starting grid.

The race on Sunday brought some surprises including a very bad start from Vettel, some contact left and right, and finally a justified podium with a race winner, a champion and someone who is seen as a future champion.

Has Ferrari lost their advantage?

Until the race, they were still in a reasonable position, but as soon as the starting lights went out, it went downhill.

Sebastian Vettel didn’t touch anything or anyone, but he still lost a lot of speed and positions and the reason for that was unknown. Just when he was able to drive a bit the same lap times like the ones in front of him, we saw him on TV, coming out of the corner on three wheels instead of four, which clearly indicated that there was something wrong with his suspension.

It was indeed completely broken and Vettel had some difficulty to put the car off the track.

Charles Leclerc did a little better, but he also lost a lot of speed. Although he crossed the finish line in 4th place, it was a shameful 52 seconds behind the top three. The fact that he took the extra point for the fastest lap was more like a consolation prize.

Is Mercedes the rightful winner?

I can’t help but say that yes. Valtteri Bottas was on top of it from Saturday and his start was very good. At first the plan was to do a one-stop strategy, but the tyres didn’t last as long as expected, so a second stop had to be made.

Bottas was a bit worried when his teammate Lewis Hamilton continued to pursue a 1 stop strategy, but with a handful of laps left, Bottas fought his way past Hamilton and took the victory.

Hamilton had to start from fifth and would be fine with an eighth-place or a ninth-place with the fastest lap to win the championship, but that’s not in Hamilton’s nature.

He wants to win and so too in Austin, Texas. His start wasn’t that great, but with the loss of Sebastian Vettel and the poor performance of Charles Leclerc, a victory came more in sight. After those in front of him went in for a second pit stop for new tires,

Hamilton found himself in first place and decided to stick to Plan-A and not to stop anymore.

But, he just couldn’t make it work and had to let Bottas take the lead, but defended himself bravely against Max Verstappen, who was faster than Hamilton on a set of medium tyres. A lucky break for the Englishman came after Kevin Magnussen had braking issues and shot off into the gravel.

This brought out the yellow flags, exactly in a DRS zone, so Verstappen could not attack anymore and had to settle for the third position at the finish.

Lewis Hamilton finished second and sealed the 2019 championship. It’s already his sixth championship and with that, he is only one behind Michael Schumacher, who has seven world titles.

Is Red Bull turning up late for the party?

In Austin, both Red Bull cars were in good shape again. Although Max Verstappen clearly still has the upper hand over Alexander Albon, they qualified well in the top six with Verstappen even in third place.

During the race, Verstappen was able to keep up with Bottas and was even in second position for a long time. If Hamilton had also made a second pit stop, Verstappen would certainly have finished second, but Hamilton only stopped once and with the late failure of Magnussen, the attack on Hamilton was almost impossible and the Dutchman had to settle for a third place.

For Alexander Albon, it all went a bit more difficult after he came into contact with Carlos Sainz shortly after the start and had to come in with some damage for an unplanned early pit stop. He came back on the track in 20th position but managed to fight his way back to the finish line in fifth place.

It was another strong performance by the Red Bull team. If they can start next year as strong as they will finish this year, Mercedes and Ferrari will have a tough job to do against Verstappen and whoever will be driving next to him in 2020.

Who was the Best of the Rest?

That’s a tough one because I found two teams that stood out, but also a single driver did very well. I’ll start with the teams.

To start, I’ll mention Renault. I agree that a team with so many possibilities didn’t show their potential. In Austin that was not the case. We saw Daniel Ricciardo finish in sixth while his teammate Nico Hulkenberg took the checkered flag in ninth position.

Secondly, the McLaren team surprises everyone with good performances this season. Also in Austin, they were in a very good position. Although Carlos Sainz came into contact with Alexander Albon at the start and lost some positions, he fought his way to eighth position while his teammate Lando Norris did very well from the start and dragged in a very deserved seventh position.

Sergio Perez’s race weekend was already compromised on Friday when he missed the weighbridge and was punished by the FIA. He had to start from the pit lane. Points seemed impossible, but a very good strategy proved to bear fruit for the Mexican.

Contact with Daniil Kvyat dropped Perez to eleventh, but the stewards didn’t appreciate the Russian’s action and punished the Russian with a five-second time penalty, so Perez inherited tenth to earn a point for a good effort.

“We are satisfied with our American campaign and a nice harvest of points over the last two races.”
Cyril Abiteboul – #USGP, Sunday
Full report https://t.co/VQgElTo0PN#RSspirit pic.twitter.com/0869pnXYqn

“All in all a positive weekend and we move on to Brazil aiming for more.”

Were there any disappointments in Austin?

We know from Williams that things aren’t going well and enough has been been said about that.

Also, Haas has been having a hard time for a long time and since a couple of races Alfa Romeo has joined that list.

In Austin however, Toro Rosso disappointed a bit for me. Pierre Gasly did well until he met Perez and there was contact so right front suspension broke off the Frenchman’s car forcing him the DNF.

Kvyat didn’t have the speed either and in an attempt to take a point, he was a bit too ambitious by trying to overtake Perez when it was almost impossible.

Because he went over the kerb, the back of the car broke away and contact was unavoidable. Kvyat was punished for his action and fell back in the final classification from tenth to twelfth place.

It was a really good race as we were running in the top 10 for most of it and keeping pace with the McLarens. In the end I started to fight with Sergio and we made contact in Turn 13 which broke the front right suspension”

Was it busy on social media?

After the start, it all went crazy. One half wondered what was going on with Ferrari while the other half was quick in their judgment and thought the answer lay in the fact that they didn’t have their horsepower ‘trick’ anymore. The fact that Vettel retired with a broken rear suspension didn’t help either.

There were words of praise for Albon and Perez, but after the race it was all about one man.

Superlatives were short in congratulating Lewis Hamilton on his sixth world title, while of course there were also those who expressed their opinion differently and found that Mercedes gave him an easy fifth title in silver.

For me it was clear, Hamilton was the one this year who made the least mistakes, if any, and was also the most consistent, obvious in his results.

Hamilton this year, so far, is also the only driver who doesn’t have a single DNF to his name. This, together with a very strong team and car, contributes to the fact that he is a deserved winner of this year’s title.

No F1 this weekend, but two of our partners will be taking part in the Britcar Endurance Championship. We wish Peter and Emily a lot of success.

You can find the timetables and more at www.msportxtra.com/calendar/