Williams: We Simply Struggled for Pace 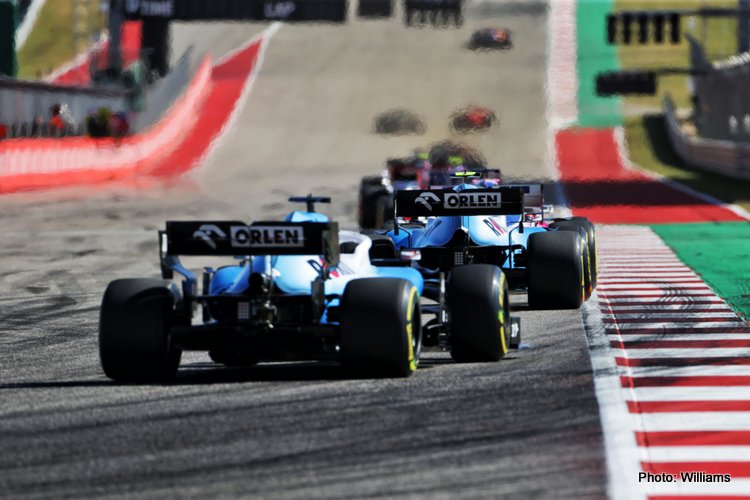 Williams report from Sunday at the United States Grand Prix, round 19 of the 2019 FIA Formula One World Championship.

Dave Robson, Senior Race Engineer: Today we simply struggled for pace, not helped by the gusty conditions which made the car difficult to drive, and which were punishing for the tyres. We had hoped to one stop the race, but the high tyre degradation made that almost impossible.

Both drivers raced hard and fairly at the beginning of the race with George eventually getting the better of Robert with the help of DRS. Unfortunately, we had to retire Robert’s car with a hydraulic issue shortly after half distance. This was very disappointing, and we will need to look at the problem and ensure that it doesn’t happen again. George drove well in the difficult circumstances, but we couldn’t give him the car today to allow him to race. He was able to take a place from Magnussen by managing his car well and taking it to the end. Whilst this feels like a hollow victory now, it is all valuable experience which will stand him and the team in good stead for the future.

George Russell: This race was trickier than normal. I struggled with the tyres overheating before they dropped off, making the car difficult to drive. We decided to make a second stop and struggled with blue flags for the remainder of the race. Congratulations to Lewis Hamilton on his sixth Drivers’ World Championship.

Robert Kubica: The pace was not there today, so we tried an alternative strategy by pitting early in the race. I struggled with the grip and the bumps were quite difficult with more fuel in the car. We had a hydraulic leak, so we had to retire the car. I am looking forward to Brazil, it’s a nice track and hopefully we will have a better result.