Inside Line: Saluting the Best of the Best 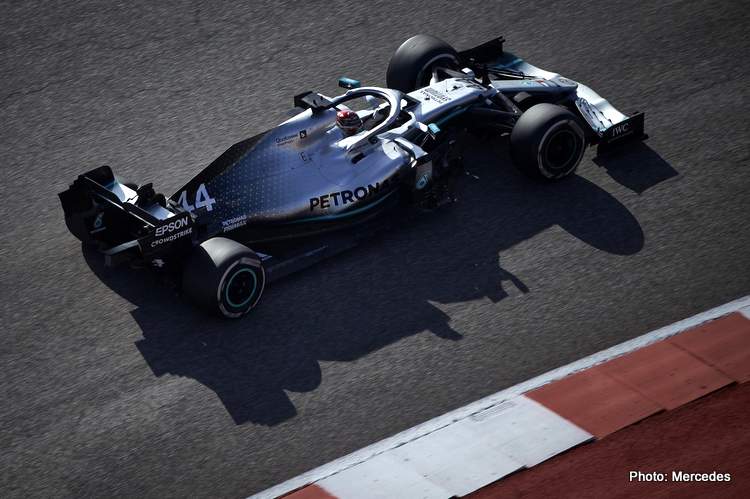 In my mind, Lewis Hamilton and Mercedes had wrapped things up ahead of the summer break, and everything after that was simply marking time until wrapping up the constructors’ title in Japan and now, in the United States bagging the driver’s title – job done.

An unprecedented twelve titles in six seasons for the Silver Arrows, five of them thanks to Lewis.

He is, without doubt, the best driver of his generation who happens to be with the most potent team in the sport’s history – an increasingly unbeatable mix as they were on Sunday with Valtteri Bottas winning the United States Grand Prix and Hamilton finishing second to seal this year’s F1 title, his sixth.

However, it is not only their superstar driver but also everyone who had anything to do with the production and development of the awesome Mercedes W10, arguably the best of the finest line of Formula 1 cars ever built.

So effective was the weapon handed to Hamilton and his teammate, that they won nine of the first ten races of the season, the Briton bagging seven of those. Even by then, half-time, we all knew it was done and dusted.

Granted after the summer break, Ferrari found a power-surge that gave them the higher ground but instead of mounting a challenge – with Mercedes (supposedly) on the back foot – the Scuderia fumbled more than once.

Ferrari lost races they had no right losing, the extra cavalinos and race-winning potential prompted their drivers to tussle for superiority while questionable strategy calls did them few favours. It was a mess of a campaign.

In the end, they were pretty much destroyed by Mercedes with Hamilton destroyer in chief.

It begs to ask: has the 34-year-old from Stevenage ever been better? I think he still rises.

Again this season he proved that he does not always need to have the best car to win while always capable to dig deeper and raise the bar when and where required.

Reality is that Hamilton is the Goliath of our sport but he prefers the role of David, the underdog. Lewis in the cockpit, in the heat of battle, on the verge of hysteria, voice pitched high and doubting everyone, is Lewis at his very best.

Lewis against the world is his area of maximam-efficaciam which he thrives on to summons the heady heights of Hammertime on the occasions required.

With two races remaining in this 21-round slog of a season, the victory count is 13 to 3 in the favour of Merc over the Reds, which in football (soccer) terms would be equivalent to a 4-1 result with Hamilton scoring the majority of the goals, the real damage was done before half-time before nailing with before the final whistle, rendering Brazil and Abu Dhabi meaningless.

So, from their jet-set driver to the guys who sweep pristine floors of Brackley, through every department to team principal Toto Wolff’s office all that can be said is: a hearty congratulations folks. More respect.

Toto has built the mightiest team in the history of this sport, every detail is as close to perfection as can be because the right people in the right places deliver without fail. Digging deep on every given Sundays knowing that their man in the #44 car will always reciprocate.

Finally, it can already be said that it would not be wise to bet against Mercedes delivering the double again next year because I can’t see any team or driver capable of stopping this juggernaut.

Until then, Bravo Mercedes and Lewis! Best of the Best.