Alfa Romeo: In the End We Fell Short 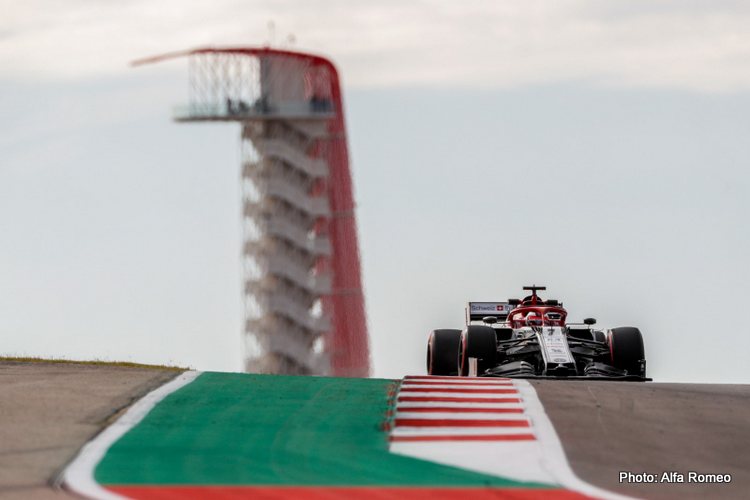 Alfa Romeo report from Saturday at the United States Grand Prix, round 19 of the 2019 FIA Formula One World Championship.

In the years since it entered the calendar in 2012, the Circuit of the Americas has established itself as a great destination for racing. The track has it all, combining fast corners with hairpins, long straights and twisty sections. The fans are passionate and knowledgeable. The city is welcoming, turning into a gigantic festival of Formula One.

It is also visually stunning. See any aerial view of this circuit – or brave the heights and climb the COTA tower – and you can be in no doubt about where you are. The stars and stripes of the American flag adorn the runoff of many a corner, giving an unmistakeable US flavour to each shot of the track.

Sadly for us, however, one star that did not shine today was our lucky one. After showing a good turn of speed for most of the weekend, our good vein dried up just when it started to matter. It was not the Saturday we wanted, of course, but we won’t let our heads drop. Like in many action movies, the hero may look defeated at one point, but we are hoping for a twist in the tale that will leave the viewer gasping. Tomorrow, after all, is another day, one in which we hope our stars will shine a little bit brighter.

Frédéric Vasseur, Team Principal Alfa Romeo Racing and CEO Sauber Motorsport AG:
“We had made some big steps forward this morning and were quite confident going into qualifying, but in the end we fell short. It is disappointing to lose both cars in Q1, even though the margins were so small that a single tenth of a second here or there would have placed us in Q2. It will not be easy to make up ground starting from the back, but we will try to recover what is possible and make the best use of whatever opportunity we will get.”

“It’s a disappointment to be out in Q1 after a good morning session. I made a mistake braking into turn 12, locked a wheel and that cost me at least three tenths, which would have placed me four or five places higher and into Q2. That was pretty much it after that – without the mistake, I would have easily made the cut. We’ll have a lot of work to do to get back into this but we are going to try our best.”

“We were expecting a lot more today, especially after an FP3 session where we looked pretty good, but in the end I missed out on a place in Q2 for a very small margin, less than a tenth. Starting where we are, the race will be difficult. We will need to understand how to maximise our race pace, believe in ourselves and see where that takes us.”