Red Bull: The Gap is Probably a Bit Smaller Than It Looks 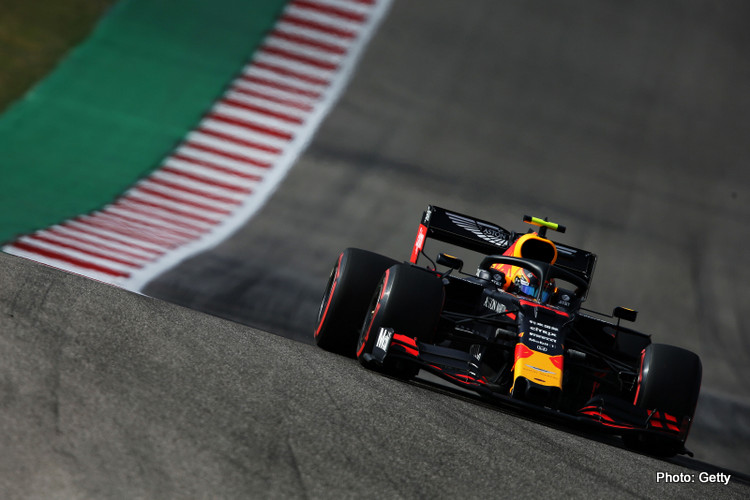 Red Bull report from Friday at the United States Grand Prix, round 19 of the 2019 FIA Formula One World Championship.

“Overall it’s been a positive day and the pace of the car on the short runs seems pretty good. Lewis had a tow down the back straight on his fastest lap so I think the time isn’t really representative and the gap is probably a bit smaller than it looks. We were a little bit off on the long runs and I’m not entirely happy yet but that’s something we can look at tonight. The track seems to be getting bumpier every year but luckily the bumps aren’t really in braking areas but it’s something that probably needs looking at before next year. I don’t mind bumps on a street circuit but some of these are quite severe and more like a jump so the wheels actually come off the ground. This track is also very aggressive on tyres so if we can keep them under control then it could be pretty good.”

“I’m enjoying my first time around this track and it’s been really good fun so far. It’s quite technical and there’s a lot of track to use so you need to know where to put your car and which lines to take. There’s a lot of bumps out there but I think they look worse on TV than how they feel out on track, but our car is pretty good over them anyway. The cars do move around a bit over the bumps so it’s just about knowing how much you can get away with. The first session was pretty good and then the second one was ok but I know which direction I want to go in. My best time got deleted for track limits. My other lap was ok but I made a few mistakes so there’s room for improvement on my side in terms of driving and also getting the most out of the tyres. I think it’s mainly sector one and the low speed I need to focus on but after your first day at a new track, having things to work on is nothing unusual.”