Racing Point: We Didn’t Have Any Significant Dramas 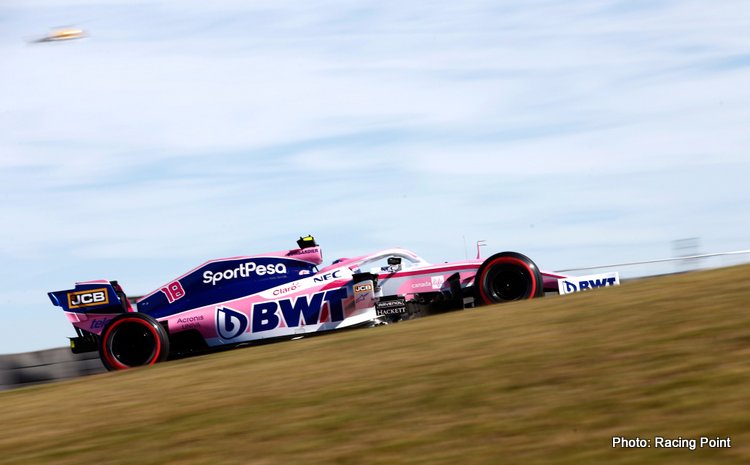 Racing Point report from Friday at the United States Grand Prix, round 19 of the 2019 FIA Formula One World Championship.

Lance: “It was a very solid day and I got into a rhythm early on. The balance of the car was good on both the short and long runs, so we will see what tomorrow brings. It’s a track where you can get quite creative: it’s very wide so there are multiple lines you can take, particularly in the middle sector. A corner like Turn 15 allows you to dive in early or take a wider line on entry. It depends on the car and of course the driver’s preference, and I think it makes it quite exciting because of that.

“It’s generally quite a bumpy track and there are two or three big bumps that are really upsetting the car, but it’s something we all have to deal with. It’s not good for the engine either with big spikes in revs. It’s almost like there are speed bumps out there! I don’t think there is a quick fix solution this year, but hopefully they will improve things for next year. It was good to try out the new spec-tyres but it’s too early to make any conclusions and we need to get some more data on them.”

Sergio: “The track conditions today were extremely poor and there were quite a few people having problems with the bumps. I struggled with the balance of the car so I need to try and improve that for tomorrow. Lance was a lot stronger – not just over one lap, but also in the long runs – so hopefully I can pick it up tomorrow and be in contention for Q3. It’s most important to improve my race pace because that’s where the points are awarded.”

“Conditions were especially chilly this morning, but improved for the afternoon with track temperatures getting up to around 28 degrees – an increase of 10 degrees compared with the start of the opening session. Getting the tyres warmed up this morning was the first challenge, as was dealing with the bumps on tarmac that is beginning to show its age. Performance-wise, we stuck to our programmes as planned and didn’t have any significant dramas during the day. Lance has been more comfortable with the car and Sergio has yet to find the sweet spot. We will work hard tonight to try and unlock some more performance.”