Mercedes: We Were Quite Encouraged by the Pace of the Car 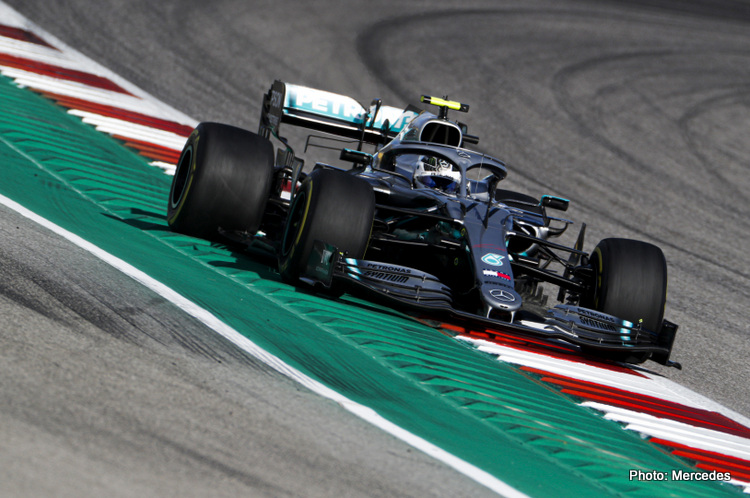 Mercedes report from Friday at the United States Grand Prix, round 19 of the 2019 FIA Formula One World Championship.

Lewis Hamilton
It was pretty cold out there on the track today, but at least the sun came out. The first session was interesting as we tried the 2020 tyres. FP2 was more of a normal session and it actually went quite smoothly. The track is very bumpy this year – bumps can add character to a circuit, so I’m not a fan of completely smooth circuits, but the bumps here are just massive. The problem for the drivers is that we don’t have really much suspension, it doesn’t really move very much, so it feel like sitting straight on the floor and your spine takes a lot of compression. The bumps felt pretty bad in FP1, but we made some changes to make it feel a little bit better for the afternoon session. I’m looking forward to the weekend – I love this track in general and the car felt fairly decent today. However, we’ve still got a lot of work to do, so we will dig through the data tonight and hopefully we can be strong tomorrow.

Valtteri Bottas
This morning was all about development work for next year, so the lap times didn’t really matter. We were focusing on gathering data on the new tyres which was quite interesting and just went through our programme without worrying too much about lap times. It was very cold this morning and while it still gets pretty warm in the car and you can break a sweat, the cold track temps make it very tricky to warm up the tyres. The track was very bumpy in certain areas, especially through Turns 5 and 6 – which is a high-speed section, so if the rear end of the car is not stable enough because of the bumps it can be tough. Braking into Turn 1 on a bumpy track is also not easy as you have to modulate the braking effort very precisely. It looks pretty close between the teams at the top, but I personally struggled a bit in FP2. I lost some time on the straights and the car didn’t feel quite right, so that’s something we will have to look at tonight.

James Allison
It was a very full day with both cars having two extra sets of tyres to take a look at next year’s tyre construction, which filled the day up much fuller than normal. The whole of FP1 was dominated by us trying to get a good feel for what the differences were between the prototype 2020 tyres and our known 2019 baseline, which we hope we got some good data from but we will have to pick that apart over the coming days. We returned to our normal work in the afternoon in FP2 and were quite encouraged by the pace of the car. Lewis in particular had a strong afternoon on low and high fuel and on a range of compounds. Valtteri was a little bit less fortunate than Lewis and didn’t get the nice favourable tow that Lewis did on his fast lap, but he looked swift enough on the long runs. So we’re looking forward to tomorrow and hoping that we can reproduce the single lap pace in qualifying.