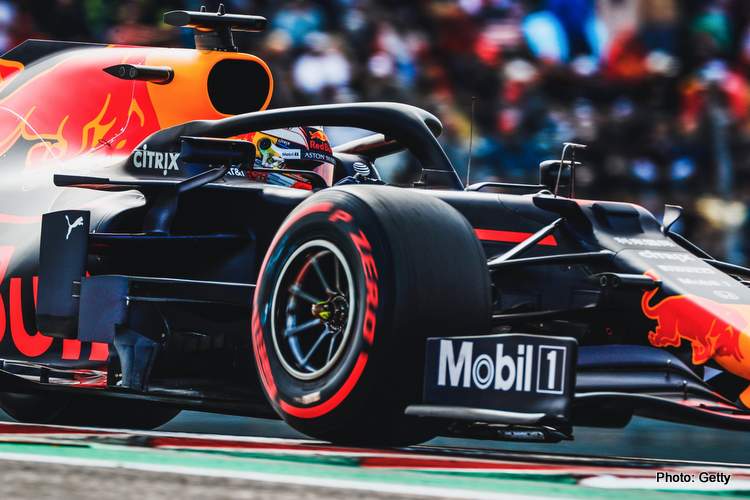 Red Bull’s Max Verstappen set the pace in the third and final free practice session of the United States Grand Prix weekend, Round 19 of the 2019 Formula 1 World Championship, at Circuit of the Americas (COTA) in Austin, Texas.

The Dutchman ended the one-hour session with a best lap time of 1:33.305 which was a couple of tenths up on Ferrari driver Sebastian Vettel in second.

His teammate Charles Leclerc parked his steaming car at the side of the track early in the session with a technical issue and didn’t post a time.

Rookie Lando Norris showed a turn of impressive pace in the McLaren to end third fastest, ahead of the Mercedes duo of Valtteri Bottas and Lewis Hamilton in fourth and fifth respectively. The silver cars around six tenths shy of the top time, suggesting their powder was being kept dry.

Alex Albon was sixth fastest, albeit 0.678 of a second down on his Red Bull teammate in top spot on the timesheets.

McLaren’s Carlos Sainz was seventh, over half a second off his teammate in third.

Next up was Kimi Raikkonen in the Alfa Romeo in eighth followed by Toro Rosso’ss Pierre Gasly and the Renault duo of Daniel Ricciardo and Nico Hulkenberg ninth and tenth respectively. 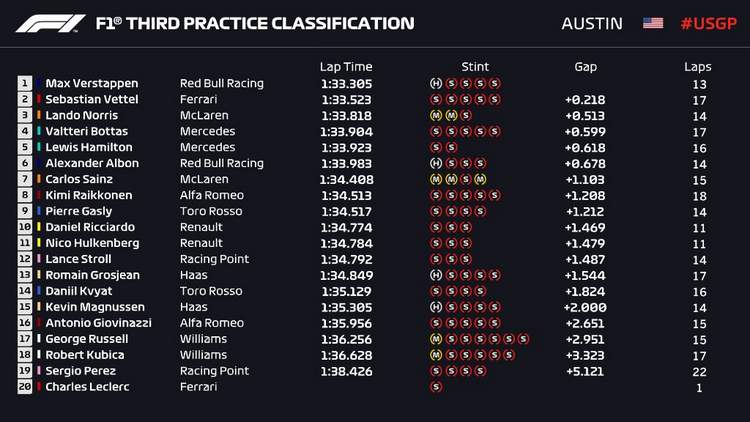