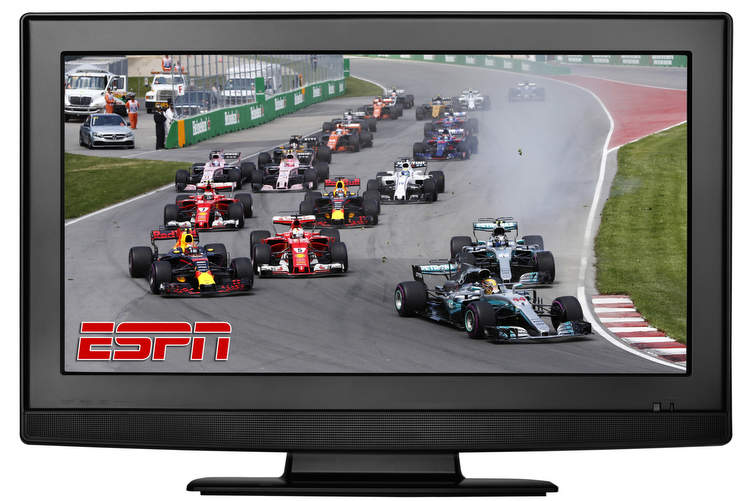 ESPN and Formula One signed a new three-year deal to continue to broadcast races in the United States, the all-sport network said on Friday.

Formula One said the series had seen double-digit television viewership growth in the United States over the past two seasons since coverage returned to ESPN in 2018.

Even so Formula One remains a niche sport in the United States with this weekend’s grand prix in Austin, Texas, the only U.S. stop on the glamour circuit.

In comparison, this year’s Super Bowl between the Los Angeles Rams and New England Patriots had the lowest audience in more than a decade while this year’s Indianapolis 500 pulled in 5.4 million viewers.

The Women´s College Softball World Series two-game championship series in June between the UCLA Bruins and Oklahoma Sooners averaged 1.5 million viewers, more than double the viewership of any Formula One race in the United States.

“Our partnership with ESPN has delivered a 19% increase in viewership across the U.S. and we are delighted to extend our partnership through to 2022,” said Sean Bratches, managing director, commercial partnerships, at Formula One in a statement.

“The U.S is one of our key focuses for growth and ESPN know and understand the U.S. sports audience like no one else.

“The combination of their dedicated coverage and Formula One´s amazing racing spectacle is a perfect partnership for us to build on our recent success with U.S. audiences.”

The new deal will see all races continue to air live and free of commercials on either ESPN, ESPN2 or ABC.

All practice sessions, qualifying and races will air live and in replay across ESPN platforms.

While Formula One has long coveted the U.S. market the sport has never caught on.

Until a state of the art track was constructed in Austin, the U.S. grand prix had trouble finding a home with races in Indianapolis, Phoenix, Detroit and Las Vegas.

Formula One has tried for years to put a second race in the United States but all attempts have ended in disappointment.

Plans to stage a race in Miami in 2021 faced new obstacles this week when Miami-Dade County commissioners passed a resolution enabling them to prohibit road closures linked to racing events in or near residential areas.