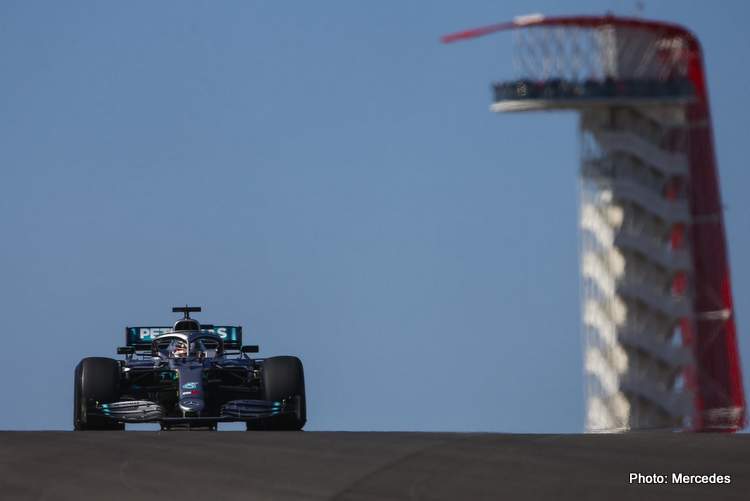 Lewis Hamilton topped the timing screens a the end of the first day of the United States Grand Prix weekend, Round 19 of the 2019 Formula 1 World Championship, at Circuit of the Americas (COTA).

The Mercedes driver’s best effort of 1:33.232 was good enough for top spot at the end of the ninety minutes session on a chilly afternoon in Austin. Hamilton’s best effort was three-tenths faster than next best Charles Leclerc in the Ferrari and Max Verstappen third fastest.

Sebastian Vettel was fourth fastest, six tenths and a bit down on the top time and three tenths shy of his teammate in the sister Ferrari. The German faltered, deliberately or not, during his qualifying simulation.

Fifth was Valtteri Bottas in the other Mercedes, however, he was perplexed by his lack of pace relative to his teammate eighth tenths up the road. The #44 car did indeed receive a tow on his table-topping lap.

Alexander Albon was sixth, albeit 1.2 seconds down on the top time and nine-tenths shy of his Red Bull teammate. Fractionally slower in the Toro Rosso was Pierre Gasly with the seventh-best time, best of the rest by a tenth from Carlos Sainz in the McLaren.

Lance Stroll was ninth fastest in the Racing Point, with Alfa Romeo’s Antonio Giovinazzi rounding out the top ten.

The session was interrupted when Romain Grosjean lost it through the circuit’s esses section, tagging the wall and destroying one of the two new front wings Haas were testing on the day.

Grosjean said over the radio: “I’m okay but the car is not.”

Session topping Hamilton requires a maximum of four points to be crowned F1 World Champion for the sixth time in Sunday’s race. 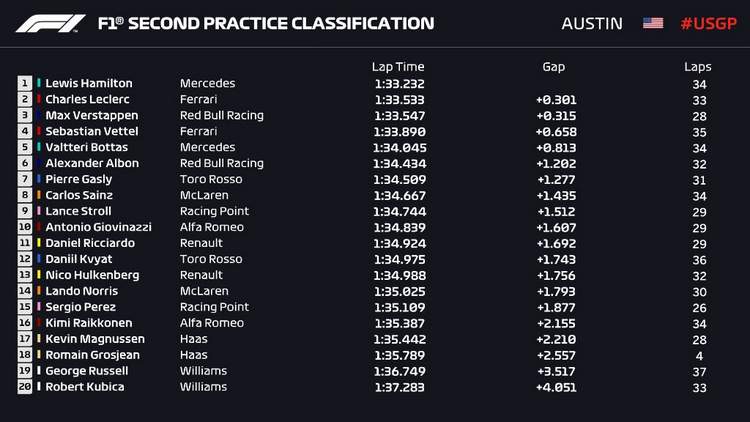